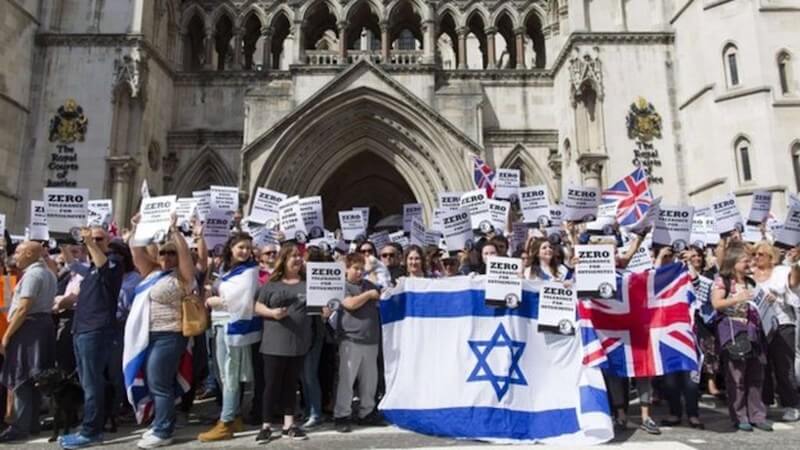 “This article about the British charitable organisation, the Campaign against Anti-Semitism (CAA), and its officers, Gideon Falter and Steve Silverman, examines events in England but ought to serve as a cautionary message for Canadians and Americans.

The article will delve into the corrosive methods of the CAA; review the manner in which this ultra Zionist group “discovers” anti-Semitic “incidents”; examine their inaccurate statistical “studies” and see how they seek to intimidate political parties, venues, the press and others; and look at the court cases which the CAA has prosecuted. In the guise of fighting anti-Semitism, the CAA has managed to manoeuvre British society into abdicating its core liberal values, intimidate the prosecutorial and judicial system, and silence criticism of Israel in both social media and the mainstream media.”

No matter what egregious or subversive act jews might commit, they can always defend themselves by claiming that their critics are motivated by “anti-semitism”. No other ethnic group in the world has such an effective “get out of jail free card”.

All White people can be accused of – and be held responsible for – “institutional racism”, but the second you make a less than flattering observation about jewish people, the authorities and media will be alerted, and you will be crushed.

It begs the question: what are they trying so desperately to hide?