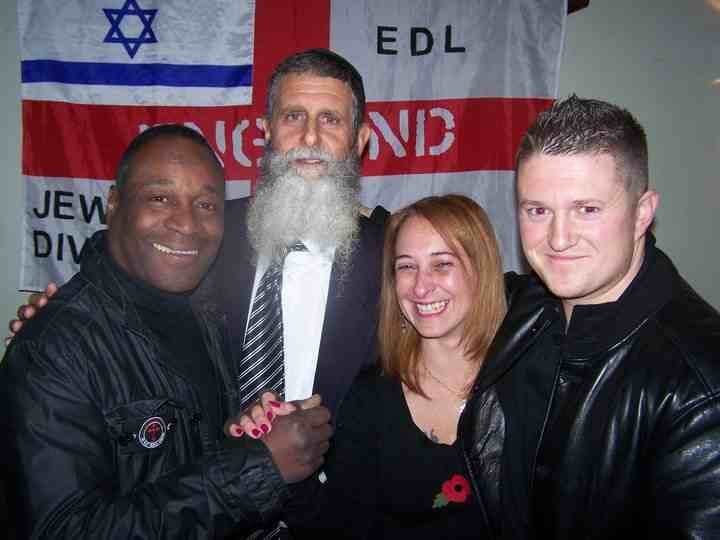 As the jewish marxist Vladimir Lenin once claimed, “The best way to control the opposition is to lead it ourselves.”

From an article on the Unz review when Tommy Robinson was first arrested in May 2018:

“As you will no doubt have realized from the photo [below], I do not think [Tommy Robinson] is a hero for our times. In fact, I do not think he is in control of much of what he says. From the very beginning, Robinson has had a dubious relationship with organised Jewry in Britain and this has meant toeing the line of “diversity and inclusion” (see picture above). While his identification of Islam as a problem and direct confrontation of Muslims has been admirable and shows real bravery, divorcing the problem from the subject of race has not just been deliberate, but a conscious dishonest and political choice to align himself with Jewish interests.”

Taking a closer look at the roots of this “movement”, we find that:

“The English Defence League, after all, was formed in the image of the Jewish Defence League, a terrorist group that aligned itself to militant Negro groups in America. From the very beginning, despite doing good work in exposing Muslim paedophile gangs, it also promoted multi-racialism and attacked genuine nationalists in Britain who had been exposing the same as “racists”. The EDL under Robinson had various groups within it, including a Jewish section and an LGBT one. In other words, the EDL promoted the same agenda as the government. This is not to say there were not any good people in the EDL. There certainly were, but they were coerced into toeing the PC line, with Robinson being convicted of headbutting someone he referred to as a “neo-Nazi” in 2011.”

As if right on cue, as soon as Robinson was arrested, Israeli jews began demanding his release: 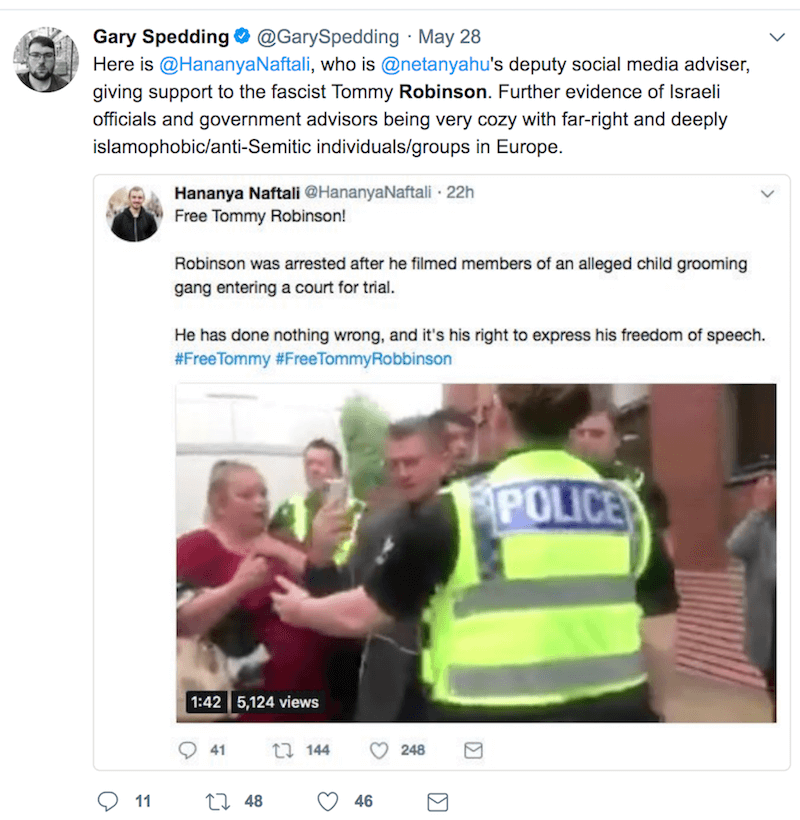 Digging a bit deeper, we find that the pro-Israel Middle East Forum is organizing and funding “Free Tommy” protests throughout the UK:

“The Middle East Forum (MEF) is helping Robinson in his moment of danger. It does so in the context of its Legal Project which since 2007 has defended activists, journalists, politicians, et al. who face harassment, fines, or imprisonment because of their views concerning Islamism and related topics.

MEF, along with a coalition of UK advocacy groups and international figures will assemble to advocate for Mr. Robinson’s release and demand greater protections for freedom of speech and freedom of the press in the United Kingdom. MEF is arranging for U.S. Congressman Paul Gosar (Republican of Arizona) to travel to London to speak alongside the Dutch political leader Geert Wilders, and others.”

The Middle East Forum is funded and controlled by jewish arch-Zionist Daniel Pipes, a rabid Israel-firster who is against any form of White Nationalism. His group is orchestrating this Tommy Robinson circus because it fulfills a jewish agenda.

Robinson is against the Muslim take-over of England, but at the same time he hates any form of racial nationalism or so-called “racism”, with the exception of Israel, which he fully supports.

On top of this, the jew Ezra Levant of Rebel Media bought the domain name (archive) for FreeTommyRobinson.com a full year before Robinson was arrested. Levant is also “authorized” by Tommy’s family to accept donations on his behalf.

England, it’s okay to blame the Muslims for your problems – but not the jews. Stay on message. Repeat.