Why Did Jews Lie that a Jewish Cemetery in Poland Was Desecrated by Antisemites? 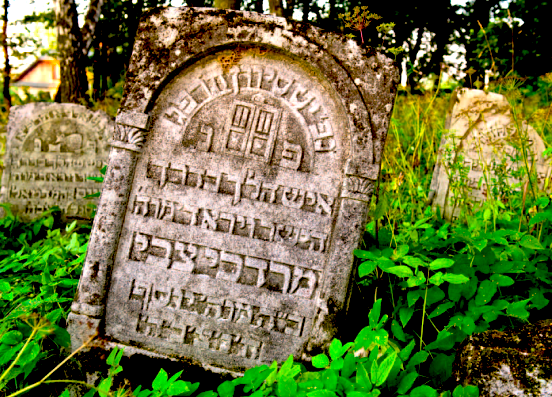 Reports in Poland and beyond about the desecration of a Jewish cemetery near Wroclaw are incorrect, Polish officials and Jewish community representatives said Wednesday:

Marek Magierowski, the Polish ambassador to Israel, told the Jewish Telegraphic Agency that the mayor of Świdnica told him that reports about the destruction of 15 headstones in that suburb of Wroclaw were made up.

The municipality has not replied to JTA’s requests for information.

JTA on Tuesday reported about the incident based on reports about it on the news sites Publiszer and Wmeritum. The reports said 15 headstones had been smashed and others had graffiti painted on them.

However, on Wednesday the incoming chairman of the Union of Jewish Religious Communities in Poland, told JTA that she thought the reports were false.

The reports about that incident came at a sensitive time in the relations of Poland, Israel and Jewish organizations.

Earlier this week, Poland pulled out of a diplomatic conference over remarks by Israel’s acting foreign minister, Israel Katz, who said Poles “suckle anti-Semitism with their mother’s milk.” Polish Prime Minister Mateusz Morawiecki called the statement racist. Poland’s pulling out of the conference led to its cancellation.

As the father of Zionism Theodor Herzl stated, “The antisemite will be our best friend,” and if anyone knows how to create antisemites when they are needed to further a political agenda, it’s the Jews.  Even if it means concocting fake hate crimes, the specter of the genocidal antisemite must be maintained.  And this article basically comes out and admits that they fake hate crime was orchestrated to smear Poland at a time when it is prevailing in a dispute with Israel over Poland’s “complicity” with the Nazis in WWII.

It is, though, interesting to note that this story admitting to the hoax was run in the jewish press.  It’s almost as if it’s a signal to Jews in Poland to backoff, which is something that Jews are not good at — they tend to over-play their hand whenever given the opportunity.  Some brilliant Jews must have thought that by pretending some jewish headstones were kicked over, they could pressure the Poles into paying millions to the Jews in reparations.  All this hoax will accomplish is get the public to start asking some uncomfortable questions about the so-called Holocaust.