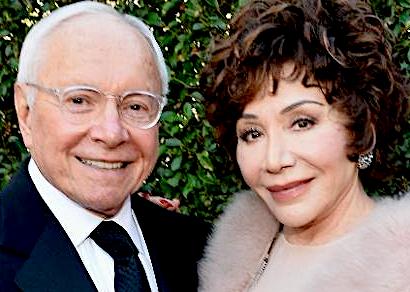 Not only are America’s largest “farmers” jewish, Stewart and Lynda Resnick are California’s single largest consumers of water, using more than all single-family homes in Los Angeles combined:

Stewart and Lynda Resnick are the biggest farmers in the United States.  Resnick is the son of an Ukranian Jewish bartender.  He is a lawyer

Stewart ’s never driven a tractor or opened an irrigation valve. He’s never put a dusty boot on the neck of a shovel and dug down into the soil. He wouldn’t know one of his Valencia orange groves from one of his Washington navel orange groves. The land to him isn’t real. It’s an economy of scale on a scale no one’s ever tried here. He grew up in New Jersey, where his father ran a bar. He came to California in the 1950s to remake himself.. He remade himself into a graduate of the UCLA law school

Back in 1978, the Resnicks entered the agricultural business with the purchase of some orange groves in Kern County (their initial fortune came not from agriculture but from the Teleflora flower delivery service). They later expanded their assets, buying farms on the cheap during the drought years of the late 1980s. Their company—then known as Paramount Farms, but now called the Wonderful Company—soon became the largest (corporate??) producer of pistachios and almonds in the world. Their many brands include Wonderful Pistachios, Halo clementines, Fiji Water, and Pom Wonderful.

Now, all that farming requires a ton of water. Fortunately for them, the Resnicks own a majority share of what’s known as the Kern Water Bank. The state spent $75 million developing this massive underground storage facility before mysteriously handing it off to Kern County officials, who then gave much of it to Westside Mutual Water Company, a private water supplier owned by the Resnicks.

In 2014, a superior court judge decided this shady series of transactions was just that—shady. He ruled that California’s Department of Water Resources hadn’t fully examined the environmental impacts of the water bank, and later ordered the Environmental Impact Review to be resubmitted.

In the meantime, the Resnicks have been going hog wild with all that water. Based on current estimates, their Central Valley crops receive more yearly water than the amount used by every single home in Los Angeles combined. Their citrus crops alone use up more water than the city of San Francisco.

Not only that, but, having also set up a huge network of deep groundwater wells, the Resnicks are water rich enough that they’ve actually been selling the increasingly precious commodity back to the state. So far, they’ve made about $30 million in the process…

It’s one of those persistent, age-old “canards” that Jews hate real work, especially farming, which requires back-breaking work and complete commitment to the land for often little reward except for the work itself and the sense of independence that it offers.  If real work indeed “makes you free,” then Jews are perpetual slaves to their own natural repulsion toward it.  And this goes a long way to explain how these Jews, who never worked a real day in their lives, can boast about being America’s largest “farmers”.

All jewish business activity tends toward monopoly and control of entire sections of the economy, and the Resnick’s control of California’s agriculture has also resulted in their control of an equally important resource: its water supply.  Control of water has become a huge battleground worldwide, and Jews are right in the middle of it, because if they control the water and money supply, they control whatever they want.  And in California, especially, water is king, as it is a desert that is make livable only by transporting water from hundreds of miles away.