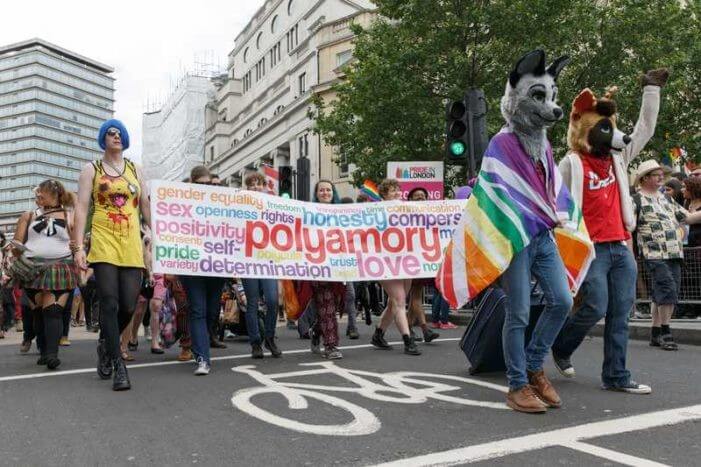 “A judge in Newfoundland and Labrador decided the adults in a three-way relationship would be named as parents of the child born within their partnership. In the first decision of its kind in Canada, all three adult members of a polyamorous family have been recognized as parents of a child.

Two months ago, Justice Robert Fowler of the Newfoundland and Labrador Supreme Court (Family Division) in the case of Re C.C., decided the adults would be named as parents of the child born within their three-way relationship.

In the introduction to his decision, Justice Fowler described the unconventional St. John’s household:

The three adults brought a court proceeding asking to be recognized as the parents of A. after the Newfoundland Ministry of Service refused to designate them as parents, saying that the Vital Statistics Act allowed only two parents on the child’s birth certificate.”

Comment:
Canada has just given full legal protections to an unmarried women in a non-monogamous relationship – in other words, her status as a slut is protected while the biological father’s exclusive rights are undermined, a win-win situation for the family-wrecking LGBT feminists.

If the sexes were reversed in this scenario – two women and an unmarried man – the court would have dismissed this petition outright. The agenda couldn’t be more clear.