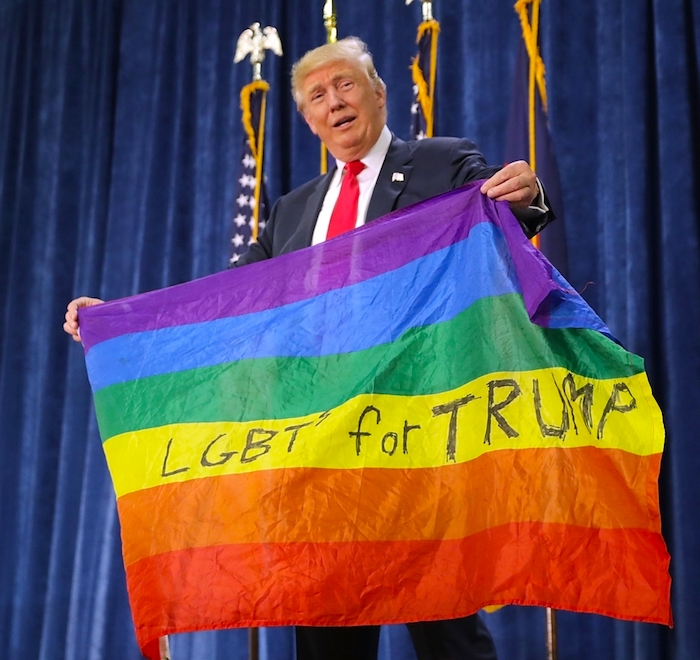 (NBC News) The Trump administration is launching a global campaign to end the criminalization of homosexuality in dozens of nations where it’s still illegal to be gay, a bid aimed in part at denouncing Iran over its human rights record:

U.S. Ambassador to Germany Richard Grenell, the highest-profile openly gay person in the Trump administration, is leading the effort, which kicks off Tuesday evening in Berlin. The U.S. embassy is flying in LGBT activists from across Europe for a strategy dinner to plan to push for decriminalization in places that still outlaw homosexuality — mostly concentrated in the Middle East, Africa and the Caribbean.

“It is concerning that, in the 21st century, some 70 countries continue to have laws that criminalize LGBTI status or conduct,” said a U.S. official involved in organizing the event.

Although the decriminalization strategy is still being hashed out, officials say it’s likely to include working with global organizations like the United Nations, the European Union and the Organization for Security and Cooperation in Europe, as well as other countries whose laws already allow for gay rights. Other U.S. embassies and diplomatic posts throughout Europe, including the U.S. Mission to the E.U., are involved, as is the State Department’s Bureau of Democracy, Human Rights and Labor.

Narrowly focused on criminalization, rather than broader LGBT issues like same-sex marriage, the campaign was conceived partly in response to the recent reported execution by hanging of a young gay man in Iran, the Trump administration’s top geopolitical foe…

Reframing the conversation on Iran around a human rights issue that enjoys broad support in Europe could help the United States and Europe reach a point of agreement on Iran. Grenell called the hanging “a wake-up call for anyone who supports basic human rights,” in Bild, a leading German newspaper, this month.

“This is not the first time the Iranian regime has put a gay man to death with the usual outrageous claims of prostitution, kidnapping, or even pedophilia. And it sadly won’t be the last time,” Grenell wrote. “Barbaric public executions are all too common in a country where consensual homosexual relationships are criminalized and punishable by flogging and death.”

So, in other words, the Trump administration is willing to cynically promote homosexuality worldwide just for the political purposes of undermining Israel’s current number one enemy, Iran.  By promoting gay rights, Trump’s jewish cabal believes that somehow liberals in America and Europe will change their opposition of Israel to opposing the anti-gay regime in Tehran.  Only a jewish think tank in Tel Aviv could come up with this “brilliant” chess move.

Liberals are never going to go along with the Israeli genocide in Palestine, no matter how pro-gay the Jews in Israel portray themselves as.  In reality, there is very little sympathy for so-called “gay rights” worldwide because even most Third World countries aren’t stupid enough to not understand how homosexuality undermines the very fabric of any society, White or not.  But clearly the Jews who dominate the Trump administration have no problem promoting sodomy to score points with our “good friend” Israel.