Dutch Teacher Suspended for Stating ‘Prophet’ Mohammed Was a Pedophile 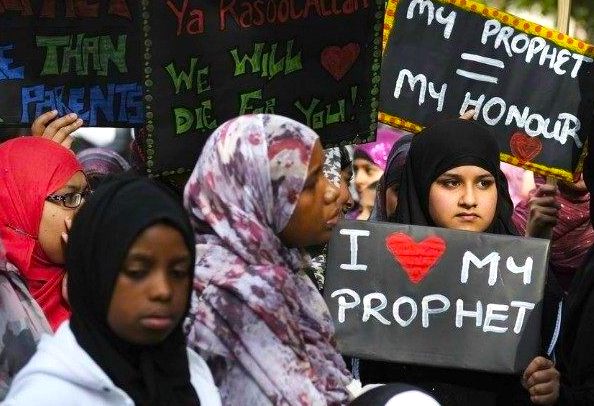 A teacher was suspended from the Hoofdvaart College in Hoofddorp in January for insulting the Prophet Mohammad, the Telegraaf reports based on the suspension letter from the school management, which the newspaper has in its possession:

According to the letter, the teacher said that the Prophet Mohammad was married to an 8-year-old girl and that this is seen as pedophilia in the Netherlands. The teacher contradicts the accusation, according to the newspaper.

General education union AOb called this an “unique situation”, saying that this is the first time that a teacher was suspended because of a religious issue, RTL Nieuws reports.

The Dunamare Onderwijsgroep, which covers the VMBO school in Hoofddorp, posted a response on its website. “In the interest of the pupils, the employee and the school, a time-out has been set up to investigate what exactly happened, and how to proceed”, the education group wrote.

The Dunamare executive board is in conversation with both the employee and the school management. That conversation showed that mutual trust between the management and employee was “seriously damaged”, the education group said. “This has resulted in a proposal for a mediation process with an independent and impartial mediator to discuss with each other in the short term what the best possible follow-up can be for both the employee and the school.”

Notice that the teacher didn’t directly call Mohammad a pedophile — she merely observed that by traditional Dutch standards, he would certainly be considered a pedophile.  After all, part of diversity training is teaching each other the cultural differences and appreciating them.  How can Muslims truly appreciate Dutch culture if they can’t understand why some think that they worship a pedophile?

After all, supposedly these Muslims are trying to “integrate” into Dutch society — the Dutch, supposedly, are not trying to “integrate” into Muslim society.  And if Muslims are going to successfully “integrate,” they are certainly going to have to understand that in the Netherlands, their Prophet is, in fact, a pedophile by all standards.  But those standards are “hateful”, so it’s the Dutch who are going to have to adapt to Muslim ways.