Israeli Official: Antisemitism Is A ‘Malignant Disease’ In ‘European DNA’ 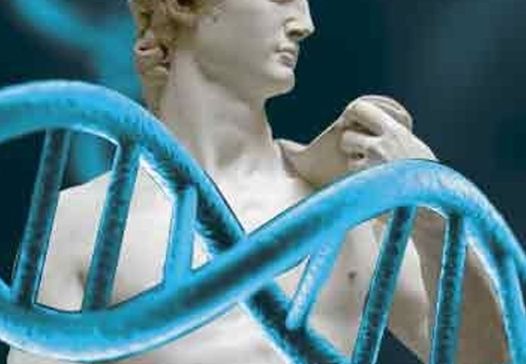 Despite the European Union signing a joint declaration to combat antisemtism, an Israeli official cynically complained that antisemitism is imprinted in the very DNA of Europeans:

The 28-nation EU’s interior ministers unanimously approved an 11-page declaration Thursday recognizing a common definition of anti-Semitism and acknowledging Jewish concerns given the prevalence of attacks in recent years.

The Council of the European Union, composed of all leaders of European countries, is expected to also approve the declaration as well on Friday.

The declaration underlines the importance of education about the Holocaust and urges the EU’s police agency Europol to point out anti-Semitic terror content online to internet service providers. EU funds are available to improve security.

This is the first time that an official document of the Council of the European Union explicitly mentions the need to unite in the fight against anti-Semitism.

…According to officials involved in formulating the declaration, the real reason for opposition to the declaration was fear it would serve to stifle criticism of the State of Israel.

Two central players behind the declaration, intervening to ensure a full consensus among the 28 EU states, were German Chancellor Angela Merkel and French President Emmanuel Macron.

…Referring to a CNN poll that found that one in five Europeans justify anti-Semitism, Von Schnurbein said “It is shocking but unfortunately not surprising. We see the memory of the Holocaust fading quickly, especially among young people who are less aware. Anti-Semitism is rearing its head and there are countries that are witnessing record levels of anti-Semitism, such as the UK where there are four anti-Semitic incidents daily, and it has nothing to do with the Middle East…”

A comprehensive survey of anti-Semitism across the continent conducted by the European Union and will be published in the coming days found that 85 percent of European Jews say that anti-Semitism and racism are the most difficult problems they face.

This unidentified Israeli official is probably correct, of course, that Europeans are genetically predisposed toward antisemitism, which is a natural survival instinct of the White race.  If Whites didn’t instinctively have an aversion toward jewish subversion, they would have been destroyed as a race thousands of years ago.  So it’s rather disingenuous for Jews to complain that White Europeans have an instinct to resist their destructive agenda, as if it’s immoral to want to survive.

If it is true, that antisemitism is a genetically-encoded behavior in Whites, then the Jews have a real problem on their hands.  They want to pass laws against a behavior that Whites cannot help but engage in because it is an essential part of who they are.  Clear thinking Whites don’t honestly expect Jews to change their behavior which is genetically encoded, so Jews should feel the same way toward Whites and resign themselves to the existence of antisemitism as an essential part of who White people are.  Live and let live.