Jews Openly Brag About ‘Taking Over’ America: ‘We Own The Whole Freaking Country’ 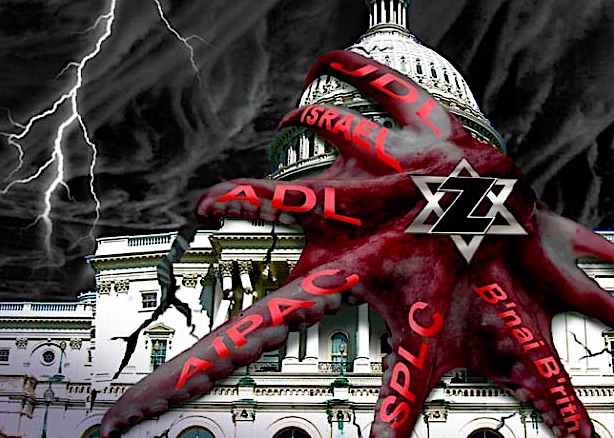 The following essay, which was originally published in the Times Of Israel in 2012, is worth revisiting because it frankly admits that almost everything ‘antisemites’ claim about Jewish power and control is true, and the only reason Jews don’t like to admit just how powerful they are is that they don’t want the responsibility that comes with that power, especially when bad things happen — and when Jews are in control, bad things are the rule, not the exception — just ask the 60 million dead Russian Christians under Jewish Bolshevism.

It’s also worth noting that one version of this was published under a pseudonym, “Manny Friedman,” for the simple reason that any Jew who made this kind of public admission would be relentlessly attacked and destroyed by his fellow Jews — because this is the kind of ‘honesty’ that can and will be used against Jews, putting them “at risk” from the goyim, as has happened 109 or more times before.

But the strange part of it is, however, that another version of this same article, probably published earlier the same day, was authored by a Jew named Elad Nehorai whose archive can here found here.  Did someone get cold feet?

But it’s safe to assume that the opinions expressed here by “Manny Friedman” or Elad Nehorai are indeed endorsed by not only many at the Times Of Israel, but also worldwide Jewry in general.

But one of the many Achilles’ heels of the Jews is that they love to brag about their success, as this writer freely admits.  They look forward to the day when Americans wake up one day to realize everyone in any position of power ruling over us, right down to dogcatcher, is Jewish — and there will be nothing we can do about it:

We Jews are a funny breed. We love to brag about every Jewish actor. Sometimes we even pretend an actor is Jewish just because we like him enough that we think he deserves to be on our team. We brag about Jewish authors, Jewish politicians, Jewish directors. Every time someone mentions any movie or book or piece of art, we inevitably say something like, “Did you know that he was Jewish?” That’s just how we roll.

We’re a driven group, and not just in regards to the art world. We have, for example, AIPAC, which was essentially constructed just to drive agenda in Washington DC. And it succeeds admirably. And we brag about it. Again, it’s just what we do.

Suddenly we’re up in arms. We create huge campaigns to take these people down. We do what we can to put them out of work. We publish articles. We’ve created entire organizations that exist just to tell everyone that the Jews don’t control nothin’. No, we don’t control the media, we don’t have any more sway in DC than anyone else. No, no, no, we swear: We’re just like everybody else!

Does anyone else (who’s not a bigot) see the irony of this?

Let’s be honest with ourselves, here, fellow Jews. We do control the media. We’ve got so many dudes up in the executive offices in all the big movie production companies it’s almost obscene. Just about every movie or TV show, whether it be “Tropic Thunder” or “Curb Your Enthusiasm,” is rife with actors, directors, and writers who are Jewish. Did you know that all eight major film studios are run by Jews?

But that’s not all. We also control the ads that go on those TV shows.

And let’s not forget AIPAC, every anti-Semite’s favorite punching bag. We’re talking an organization that’s practically the equivalent of the Elders of Zion. I’ll never forget when I was involved in Israeli advocacy in college and being at one of the many AIPAC conventions. A man literally stood in front of us and told us that their whole goal was to only work with top-50 school graduate students because they would eventually be the people making changes in the government. Here I am, an idealistic little kid that goes to a bottom 50 school (ASU) who wants to do some grassroots advocacy, and these guys are literally talking about infiltrating the government. Intense.

Now, I know what everyone will say. That everyone tries to lobby. Every minority group and every majority group. That every group has some successful actors and directors. But that’s a far call from saying that we run Hollywood and Madison Avenue. That the Mel Gibsons of the world are right in saying we’re deliberately using our power to take over the world. That we’ve got some crazy conspiracy going down.

Okay. Fine. So some of that is kooky talk.

But let’s look at it a bit deeper.

Maybe it’s true: everyone lobbies. Maybe it’s true there are actors of every ethnicity out there. But come on. We’re the ones who are bragging about this stuff all the time. Can’t we admit that we’re incredibly successful? Can’t we say it to the world?

I’ll give my theory for why Jews don’t want to talk about their control of the media.

The ADL chairman, Abe Foxman, was interviewed in a great article about the subject and he said that he “would prefer people say that many executives in the industry ‘happen to be Jewish.’” This just about sums up the party line.

The truth is, the anti-Semites got it right. We Jews have something planted in each one of us that makes us completely different from every group in the world. We’re talking about a group of people that just got put in death camps, endured pogroms, their whole families decimated. And then they came to America, the one place that ever really let them have as much power as they wanted, and suddenly they’re taking over. Please don’t tell me that any other group in the world has ever done that. Only the Jews. And we’ve done it before. That’s why the Jews were enslaved in Egypt. We were too successful. Go look at the Torah — it’s right there. And we did it in Germany too.

This ability to succeed, this inner drive, comes not from the years of education or any other sort of conditional factors, but because of the inner spark within each Jew.

Now, the reason groups like the ADL and AIPAC hate admitting this is because, first of all, they are secular organizations. Their whole agenda is to prove that every Jew is the same as every other person in the world. I cannot imagine a more outlandish agenda. No, we’re different. We’re special.

Of course, people hate when anyone says this. They assume that if you’re saying that Jews are special, it somehow implies that they’re better.

To be honest, I’m not really sure what the word “better” even means. What I do know is that being special simply means a person has a responsibility to do good.

I think that’s the real reason most Jews are so afraid to admit that there’s something inherently powerful and good about them. Not because they’re afraid of being special. But because they’re afraid of being responsible. It means that they’re suddenly culpable when they create dirty TV shows that sully the spiritual atmosphere of the world. It means that things can’t just be created for the sake of amusement or fun or even “art.”

Suddenly, we can’t screw up the world.

The interesting thing is that Jews have done so much for the world in so many other ways. They’ve moved forward civil rights; they’ve helped save lives in Darfur, Haiti and just about everywhere else.

But that’s not enough. Fixing the world physically is only half the battle.

Instead, we can be proud of who we are, and simultaneously aware of our huge responsibility — and opportunity. 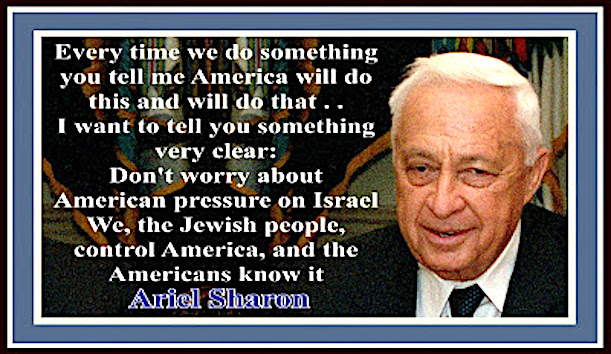 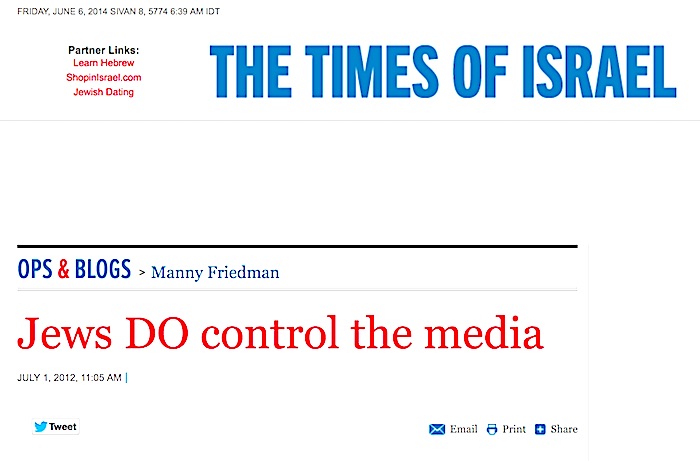