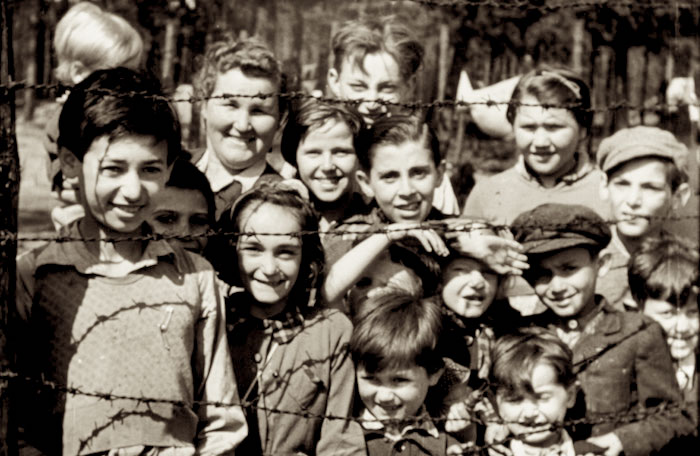 Despite billions of dollars and almost 70 years of non-stop propaganda to promote the so-called Holocaust in WWII, a new survey shows that these efforts are failing to persuade young people of its credibility and importance:

One in 20 British adults does not believe the Holocaust took place while eight per cent believe the number of Jews murdered is exagerated, a shocking poll has found.

The research, published to coincide with Holocaust Memorial Day on Sunday, also shows that nearly two thirds of people – 64 per cent – either do not know how many Jews died or “grossly underestimate” the figure, with 19 per cent of people believing fewer than two million died.

This is less than a third of the actual figure of six million.

Olivia Marks-Woldman, chief executive of the Holocaust Memorial Day Trust which surveyed 2,000 people for the research, said: “Such widespread ignorance and even denial is shocking.”

She added: “The Holocaust threatened the fabric of civilisation and has implications for us all… Without a basic understanding of this recent history, we are in danger of failing to learn where a lack of respect for difference and hostility to others can ultimately lead.

“With a rise in reported hate crime in the UK and ongoing international conflicts with a risk of genocide, our world can feel fragile and vulnerable. We cannot be complacent.”

Shoah survivor Steven Frank, who was among just 93 children who survived the Theresienstadt camp, said the scale of ignorance was “terribly worrying”.

“People don’t have a solid understanding of what happened during the Holocaust and that’s one of the reasons I am so committed to sharing what happened to me.

“At one of my talks, I met someone who said the Holocaust didn’t happen. The only way to fight this kind of denial and antisemitism is with the truth – I tell people what happened, what I saw and what I experienced. Education is so important. If we ignore the past, I fear history will repeat itself.”

A total of 83 per cent of respondents said it was important to know about the Holocaust while 76 percent said more had to be done to educate people.

Ms Marks-Woldman noted that 25 per cent of people believed the Holocaust could never happen again but added: “Genocides have been carried out across the world in the last 70 years.

“Each of us has a responsibility to know what happened, and the need for Holocaust Memorial Day has never been so pressing.”

Dr Joe Mulhall, a reearcher and HMDT trustee, said: “As time passes we have fewer and fewer people who witnessed the horrors of the Holocaust first-hand…

“The best way to fight back against Holocaust denial wherever it rears its head is awareness and education.”

So all of the prior education efforts to brainwash the public have failed, so the Jews believe the solution is even more education.  That makes a lot of sense.  They act as if people who question their propaganda do so merely because they are “evil” or “hate Jews”.  It never occurs to Jews that White people are naturally curious, and when they look into certain historical events and find them lacking in credibility, they begin to turn a deaf ear to the propaganda.  When you tell people that they are “bad” because they don’t believe what you want them to believe, they aren’t going to be persuaded by anything you have to say.

And on top of that, Jews have made questioning the details of the so-called Holocaust a criminal offense, with fines and imprisonment, and doing this has only hurt their credibility and soured many against their official narrative.  The truth does not need laws to enforce it, only lies do, and the stupidest thing the Jews could ever have done — and want to do in America — is criminalize not believing their improbable narrative.  It is their “education” that has created doubters, which is why it continues to fail, as this new poll shows.