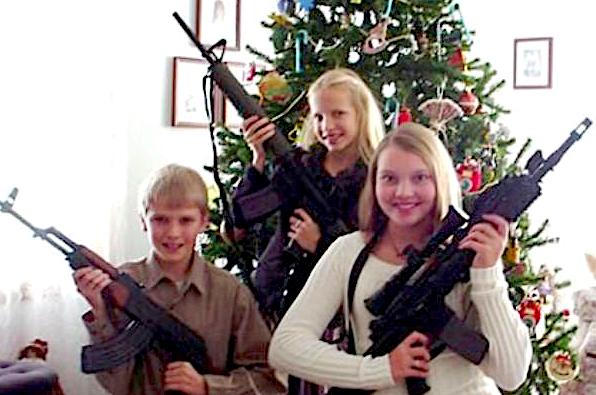 In the wake of the two mass shootings this week in El Paso and Dayton, the Jewish community has been making ‘urgent calls’ to lobby lawmakers in Washington to give law enforcement ‘heightened tools’ to fight online white supremacy as a form of ‘domestic terrorism’:

The El Paso shooter has been linked to a virulently hateful anonymous chatroom site called 8chan — also frequented by the shooters in Poway, Calif., and Christchurch, New Zealand — which poses a unique challenge in tracking potential domestic terrorists. For now, 8chan has been taken offline by hosting and internet security companies like Cloudflare.

But nothing on the internet is ever truly gone. And the white supremacist ideology that inspired the El Paso shooting — echoing President Trump’s words, the shooter decried a Hispanic “invasion” of Texas — is incredibly widespread. The Associated Press reported Tuesday that the Dayton shooter showed his girlfriend a video of the Tree of Life synagogue massacre in Pittsburgh on their first date. The accused killer in that attack, an avowed white nationalist, cited the work of the Jewish organization HIAS to help asylum seekers at the southern border as motivation.

Law enforcement is “being outgunned through social media and technology platforms,” said Michael Masters, CEO of the Secure Community Network, the national Jewish security initiative, “where individuals are able to spread hate, anti-Semitism and support violence. By sheer volume, the problem is overwhelming.”

In order to help, Masters says the Jewish community must exert pressure on lawmakers. “Law enforcement does a lot for us as a community,” he said. “If we can step up to the plate to work to serve and protect them, to give them the tools they need to do their job to protect us, it’s incumbent upon us.”

A concrete place to start is the Domestic Terrorism Prevention Act of 2019, which gives agencies like the Department of Homeland Security the resources to monitor domestic terrorism, said Oren Segal, director of the ADL’s Center on Extremism. But the act has been languishing in Congress since its introduction in late March. Its passage would be a step toward fighting white supremacy with some of the same tools — passed into law in the wake of 9/11 to fight international terrorism — that law enforcement currently uses against al-Qaeda and ISIS.

“We need to know the data, the numbers … and we’re hoping that that act can help get us closer to that understanding,” Segal said. “From there, more specific remedies can follow.”

Here we have a powerful and influential jewish group bragging that they can pressure U.S. lawmakers into passing laws against their perceived enemies, i.e., ‘White supremacists’, but if we point out their influence and how they use and abuse it, we are smeared as ‘conspiracy theorists’ repeating ‘canards’ about jewish power.

Make no mistake, it’s the jewish media that has been conflating ‘White supremacism’ with ‘domestic terrorism,’ as this article proves beyond any doubt.

And the Jews would love to see ‘White supremacists’ investigated, arrested, and sent down to Guantanamo Bay to be subjected to brutal interrogations otherwise reserved for other enemies of the Jews, such as ISIS and Al Qaeda.

Once Jews can successfully get ‘White supremacists’ labeled ‘domestic terrorists’, using the Patriot Act, Federal law enforcement can suspend habeas corpus and arrest Whites without any specific crime being committed — the “pre-crime” strategy that Trump has begun to talk about publicly.