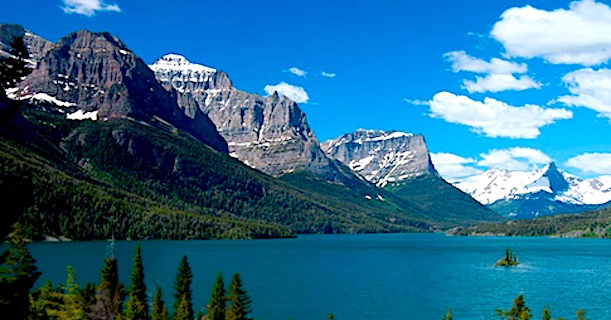 Police in Kalispell, Montana, are calling on the community to help find the people responsible for recent incidents of vandalism in which the culprits attempted to inform the public that Israel was behind the 9-11 attacks, according to a local CBS affiliate KTVQ:

Police are working to find those responsible, as these crimes could lead to significant time in jail, but according to police chief Doug Overman, it isn’t known if the incidents are related, KTVQ reported.

Recognizing their lack of information, Overman has turned to the local community for help.

“This is where we’re asking for help from our community,” he said, according to KTVQ.

“We have only so many eyes out in the field.  Sometimes areas are not covered under camera.  If someone has a camera that covers an area or has some eye witness information we would ask you to please come forward with that.”

Yes, imagine what would happen to the “quality of life” in Kalispell is all the residents woke up to the fact that Israel and their Zionist lackeys in America pulled off the 9-11 attacks and blamed them on hapless Muslims.

If it is ‘antisemitic’ to state this fact, then a lot of Jews are ‘antisemites’ — because many prominent Jews, such as Alan Sabrosky, have come forward to warn the public that Israel is the hidden hand behind the attacks.

Of course, if this graffiti claimed that Muslims — or Catholics — were behind the 9-11 attacks, this incident wouldn’t be investigated as a “hate crime”, nor would it be reported internationally — or even locally.

The only people arrested on 9-11 in connection with the attacks were Israeli Jews — the “dancing Israelis” — who were seen celebrating across the river in New Jersey as the towers burned and collapsed.

And after they were quietly deported back to Israel, they went on Israeli television and admitted that they were in the U.S. to “document the attacks”, proving foreknowledge.

And then they had the unmitigated gall — or chutzpah — to sue the U.S. Attorney General, John Ashcroft, claiming their “civil rights” were violated during their detention in New Jersey after their arrest.

Perhaps if the heartland of America woke up to the Israeli involvement in the 9-11 attacks, life as we know it would fundamentally change — for the better — and we can’t have that, now can we?