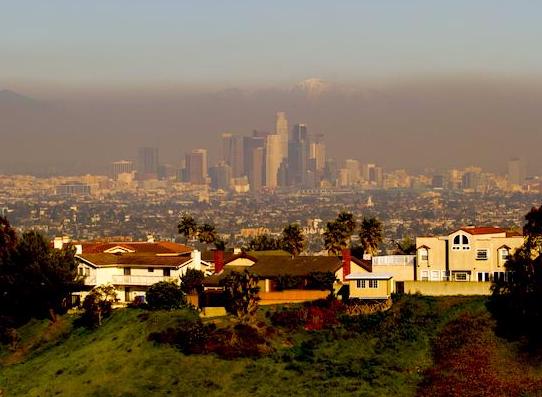 Latinos and African-Americans breathe about 40 percent more pollution than white people do in California, a new study has found:

The analysis was released Tuesday by the Union of Concerned Scientists.

Scientists say that’s because communities most affected by air pollution also tend to be neighborhoods with a higher percentage of black and Latino residents.

Across the entire state, central Bakersfield was found to be the area with the most pollution from cars, trucks and buses, according to the study.

The analysis looked at emissions from vehicle tailpipes and vehicle refueling, and estimated pollution exposure at the census tract level.

Despite affirmative action efforts to level the playing field, Blacks and Latinos have continually failed to match the high achievement levels of Whites, and now, perhaps, we finally know why: air pollution in California appears to selectively attack neighborhoods that have high concentrations of people of color.  This shouldn’t surprise anyone, as experts have known for years that tornadoes selectively target poor White people living in trailer parks.

There must be a reason for chronic under-achievement in the Black and Latino communities, and that reason could not possibly be that these people simply have lower IQs combined with far less discipline.  These groups have been designated by our government as “historically oppressed,” which means they are officially not responsible for any of their failures.  Luckily, liberal experts work tirelessly to come up with plausible-sounding excuses for these chronic failures.  Who knew that racist car exhaust could have such a great effect on math skills in Blacks and Latinos?