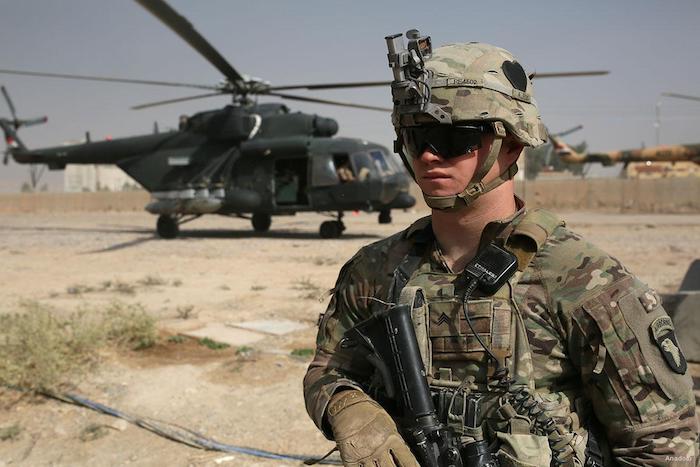 As President Trump finally publicly admitted the obvious — that the U.S. is at war in the Middle East on behalf of Israel — Brown University has released a new study which details the cost of these wars to the U.S. taxpayers, and the price tag is $6 trillion and counting:

The United States has appropriated and is obligated to spend an estimated $5.9 trillion (in current dollars) on the war on terror through Fiscal Year 2019, including direct war and war-related spending and obligations for future spending on post-9/11 war veterans (see Table 1). This number differs substantially from the Pentagon’s estimates of the costs of the post-9/11wars because it includes not only war appropriations made to the Department of Defense –spending in the war zones of Iraq, Syria, Afghanistan, Pakistan, and in other places the government designates as sites of “overseas contingency operations,” –but also includes spending across the federal government that is a consequence of these wars. Specifically, this is war-related spending by the Department of State, past and obligated spending for war veterans’ care, interest on the debt incurred to pay for the wars, and the prevention of and response to terrorism by the Department of Homeland Security.

If the US continues on its current path, war spending will continue to grow. The Pentagon currently projects $80 billion in Overseas Contingency Operations (OCO) spending through FY2023. Even if the wars are ended by 2023, the US would still be on track to spend an additional $808 billion (see Table 2) to total at least $6.7 trillion, not including future interest costs. Moreover, the costs of war will likely be greater than this because, unless the US immediately ends its deployments, the number of veterans associated with the post-9/11 wars will also grow. Veterans benefits and disability spending, and the cost of interest on borrowing to pay for the wars, will comprise an increasingly large share of the costs of the US post-9/11 wars.

One of the most oft-repeated lies of the last half century is that America was in the Middle East for the oil.  That was always a smokescreen for the real reason: the Jews were using the U.S. military as a proxy to consolidate Israel’s control over the region, which included their control over the vast oil reserves upon which the Jews had made the U.S. completely dependent, despite the fact that the U.S. had enough undeveloped oil fields of its own in Alaska alone to fulfill its needs for the next century or more.

That Trump can now openly admit what many have already known — that the wars for the last 20 years have been for Israel’s benefit — without any public protest whatsoever, shows us all just how much the Jews are in control of our country.

Make no mistake, the Jews fully intended these wars to be a financial drain on America — these wars will destroy the American empire and reduce it to a second-rate status in the same way the Jews used World War II to destroy the British empire and hand all of its assets over to the jewish bankers who financed these massive military debacles.  The Jews sucked England dry then flooded it with Third World immigrants.  The same fate awaits America.