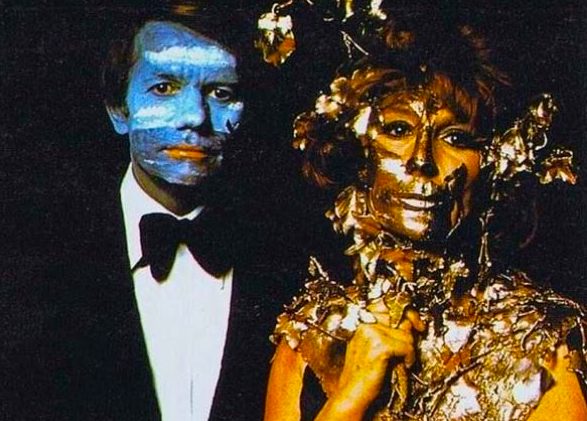 (NL Times)  The Netherlands just can’t decide if the rights of pedophiles and their desire to exploit children outweigh the rights of children and their parents to not live in fear of being targeted by these predators:

A nearly one-thousand page long manual explaining in detail how pedophiles can lure, groom, and abuse children has been spread in the Netherlands for years. Minister Ferdinand Grapperhaus of Justice and Security is looking into whether this book can be banned.

Research by RTL Nieuws revealed that this pedophile manual has been available on the dark web for over 10 years. The book is actively shared on forums for pedophiles and supplemented with new tips, experiences and advice. The police confirmed to the broadcaster that the book was used by various Dutch pedophiles.

The authorities consider the book dangerous, but the possession or distribution of it is not illegal in the Netherlands. “Just like manuals on how to make bombs or commit the perfect murder,” a spokesperson for the Public Prosecutor said to the broadcaster.

The book describes in detail how to win a child’s trust. It contains ready-to-use sentences and reward techniques for teaching children to keep secrets. A baby is considered ‘safe’ prey, because they can’t talk. Children between the ages of 2 and 4 are considered ‘dangerous’, because they can’t keep secrets. The book describes how to clean up after yourself after abusing a child, so that your DNA can’t be found on the child or environment, and how to store images of the abuse safely on your computer. The manual also gives instructions on the act of abuse itself.

Political parties are shocked by the manual. The CDA, GroenLinks, PVV, ChristenUnie, and SP – a majority in parliament – want the book banned. “Even if you read only the summary that you have made, it gives you shivers”, CDA parliamentarian Madeleine van Toorenburg said to RTL. “This is really horrible and must be forbidden.”

GroenLinks wants to find a way to make possession of the book punishable, for example because it incites violence against children. “The fact that the Public Prosecutor doesn’t switch to punishment, I find very unsatisfactory,” parliamentarian Kathalijne Buitenweg said.

Justice Minister Grapperhaus will investigate whether the possession of this manual can be banned, NOS reports. The fight against child abuse has high priority, he said. He plans to put extra effort into tackling it, for example by naming and shaming the companies that cooperate in distributing this “horrible book”. The Minister will also investigate whether the law can be changed to better protect children against this manual. According to him, this manual affects the fundamental rights of children.

Possession of the pedophile manual is already illegal in the United Kingdom.

Ironically, the Dutch have no problem throwing anyone in jail for “inciting hatred and violence” for questioning certain facts surrounding the so-called Holocaust, but when it comes to protecting the nation’s children from sexual predators, they are far more ambivalent.

Predators have “rights” — and just because they are reading a book which shows them step-by-step how to rape children and get away with it doesn’t “necessarily” mean they will do it and have done it.

All pedophiles are “innocent” until proven guilty, and their “innocence” must be protected far more than the innocence of the children.

Pedophilia is thriving on the Dark Web, according to the Dutch police, but clearly authorities aren’t in any rush to shut it down and start putting hundreds of degenerates in prison, but there’s surprisingly no political will to do so among the bought-and-paid-for politicians.

And there can be no doubt that the new Muslim population in the Netherlands is heavily involved in “grooming” many of these children, which may account for some of the reticence in making any “racist” arrests.

But, of course, both the Netherlands and neighboring Belgium have a long, sordid history of pedophilia scandals involving the powerful “social elite” with extensive “international” connections leading all the way to the top of the pyramid of power.