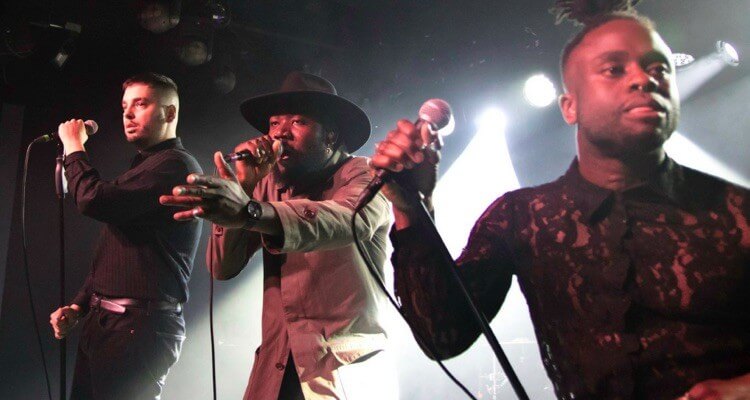 “Young Fathers, a Scottish experimental rap group, were slated to perform a concert at the annual German music and arts festival Ruhrtriennale. The invitation has been revoked due to the group’s support of the BDS movement.

BDS stands for Boycott, Divestment, and Sanctions. It’s a movement that views Israel as a ruthless occupation that exploits Palestinians. BDS protests the treatment of Palestinian people residing in Israel and more specifically, the actions of Israel’s military forces.”

If this “Scottish” group had just stuck with “acceptable” rap subjects, such as misogyny, cop killing, drugs, anti-White racism, and drive-by shootings–their invitation would never have been revoked. But criticize how Israel is treating the Palestinians, and you will quickly become persona non grata. After all, if you can get away with criticizing Israel, then next thing you know, there will be six million jews in gas chambers.