The Jewish Reuben Brothers Who Pillaged Russia In The 1990s Top List Of U.K.’s Richest People 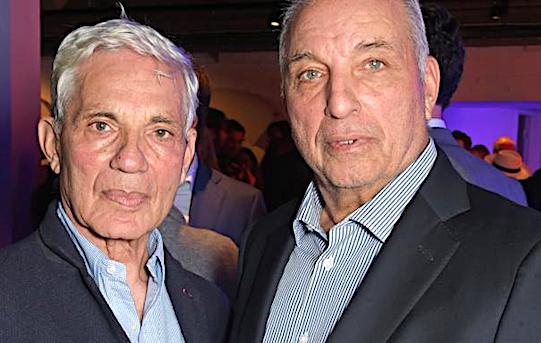 While the Sunday Times “Rich List” has taken a hit thanks to the Covid pandemic, reducing the overall wealth of the top 1,000 richest people in Britain by 3.7 per cent, the Jewish brothers David and Simon Reuben – Russia’s biggest foreign investors in the metal industry in the 1990s – remain in joint second place, with a fortune worth £16bn:

Born in Mumbai, they grew up in north London and attended state schools. They made savvy business choices, eventually joining forces to control 5 per cent of the world’s aluminium output through their company Trans-World Metals.

They have also invested in prime London property such as Millbank Tower, Connaught House in Berkeley Square and the former Naval and Military Club in Piccadilly.

Sir Leonard Blavatnik, the Ukrainian-born Jewish mogul who made his multi-billion-dollar fortune in the aluminium industry in the former Soviet Union, has held on to fourth place with a net worth of £15.78bn.

His other investments include a property empire including hotels in Hollywood, Miami Beach and Cap-Ferra and has a stake in Russian oil company TNK-BP. Blavatnik is based in London, and lives in a £41m home in Kensington Palace Gardens with his American wife Emily.

Born in Uzbekistan Alisher Usmanov built his fortune from steel and mining. His largest investment is in Russian metals giant Metalloinvest and he has also funded MegaFon, the country’s second-biggest mobile phone operator. His wife, Irina Viner-Usmanova is Jewish, and he crept up to seventh place with a net worth of £11.68bn.

After the so-called fall of communism, “Russian” organized crime figures, who just happened to be largely Jewish, ransacked the country with the help of Jewish economic “experts” from Harvard, buying up its industrial infrastructure for pennies on the pound.

Over 25 years later, these organized crime figures have now worked their way into “legitimate” business, social, and “philanthropic” circles in the West.

And some of them, like “Sir” Leonard Blavatnik, have even been knighted — now that’s a funny-sounding name for English aristocracy.

Of course, the Reuben brothers are literal paupers compared to the Rothschild dynasty, the defacto rulers of the U.K., but somehow they never make this celebrated “Rich List”, which should be renamed “Jewish Nouveau Riche List”.

The English aristocracy is no longer English — it has been replaced by this literal mob in three piece suits.