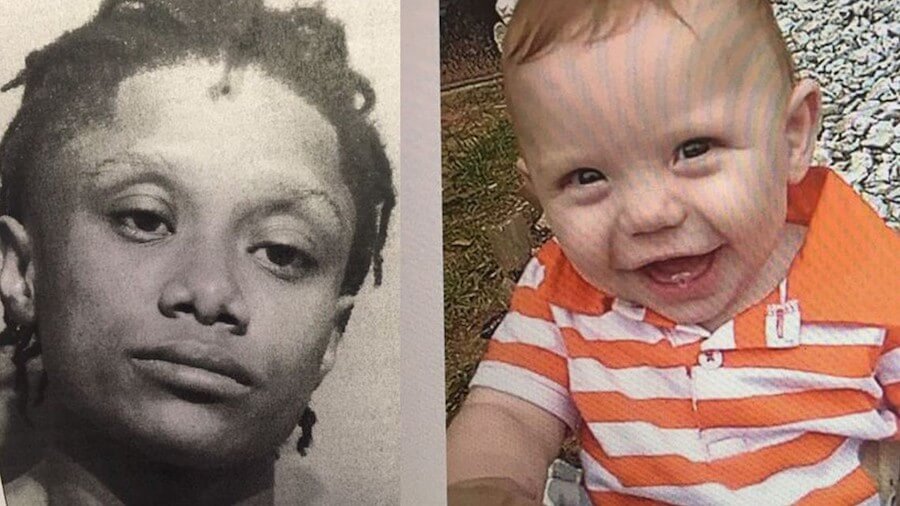 In another example of horrific black-on-white crime in America, a black woman was arrested for kidnapping a White boy and then burning him alive – according to a local news source:

The Louisiana Office of State Fire Marshal has announced that a woman was arrested for 1st Degree Murder in the death of an infant.

According to a news release, Felicia Marie-Nicole Smith was arrested this weekend and booked into the Natchitoches Parish Detention Center. She is being held for the death of Levi Cole Ellerbe.

The Natchitoches Police Department posted on Facebook last week that deputies responded to the Mayberry Trailer Park Tuesday night for reports of a kidnapping. The mother told police that her son had been taken after two unknown people came to her trailer beating on the door and sprayed her with what she thought was mace.

More than an hour later, the boy was found with severe burns to his body. He died at a Shreveport hospital.

Police will claim that this Black psychopath is “mentally ill”, and it will be written off as a “robbery gone wrong”.

Fact is, Blacks have been brainwashed and incited by an anti-White media to commit these heinous acts of violence against innocent White people. In a more sane world, Blacks would be immediately arrested for entering White neighborhoods.

Granting Blacks their “civil rights” has ended up depriving Whites of their rights – and more often, their lives.