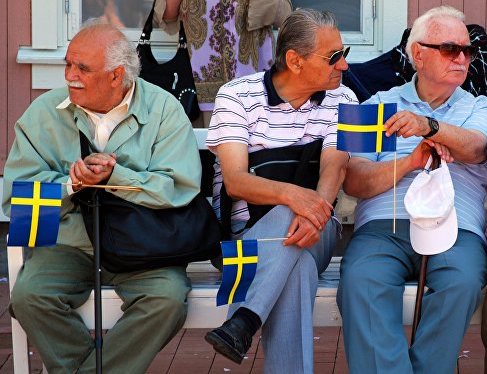 Tomas Aberg, the head of online hate speech monitoring group “Näthatsgranskaren,” announced that his reports have lead to 144 successful prosecutions and convictions for ‘hate speech,” mostly among Sweden’s elderly who post on Facebook:

The group also states that its state-financed operations have led to a tenfold increase in the number of hate speech convictions in Sweden, reports Fria Tider.

Over the year, they further “researched, collaborated, and lectured on, among others, the Council of Europe’s conference on criminal online hate speech”, they claim.

The authority MUCF, which finances left-wing extremist organisations such as Expo, has so far granted just over €150.000 in contributions to the Online Hate Speech Monitor.

The group is run by Tomas Åberg, who a few years ago was investigated for extensive animal cruelty but escaped charges by avoiding being served the lawsuit.

Most of the contribution from MUCF goes to paying his salary.

Last spring, Åberg was nominated for the “Swedish Hero” award by one of Sweden’s major newspapers Aftonbladet.

However, the nomination was withdrawn when it was discovered that he had tortured his own animals to death.

The fact that the “Swedish Hero” event was sponsored by the pet insurance company Agria, probably had something to do with the decision to disqualify him.

According to younger generations, Facebook is for “old people,” and Facebook is paying back the patronage of these retired pensioners by helping to monitor their online comments, which will be used as evidence against them when they dare complain that their countries are being overrun by Muslims who are often targeting them for violent crime.  The elderly are clearly expected to accept this radical change to their society, as their antiquated views of Swedish identity are swept to the wayside.

It’s important to the nation wreckers to make sure that the opinions of the elderly are silenced and discredited.  After all, in order for Bolshevism in Sweden to progress, the younger generations must grow up to believe that Sweden has always been multicultural and racially diverse.  The elderly are dangerous because they are living witnesses to a Sweden that was once homogenously White and Christian, and virtually free of violent crime.  Even memories of Old Sweden are now considered ‘hate crimes’ worthy of prosecution.