According To CDC Statistics, U.S. On Pace To Euthanize 1,000 Per Week With COVID Vaccines 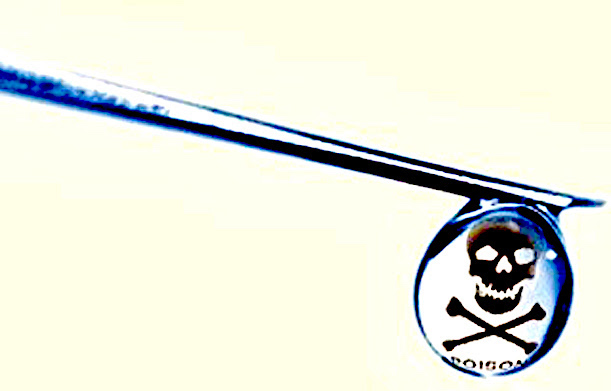 According to the Vaccine Adverse Event Reporting System (VAERS), a database co-managed by the CDC and FDA that tracks injuries and deaths caused by vaccines — over just a two-week period from the end of December through January 13, 2021 — 7,844 adverse reactions and 181 deaths were reported associated with the Moderna and Pfizer COVID vaccines:

A 2011 report by Harvard Pilgrim Health Care, Inc. for the U.S. Department of Health and Human Services (HHS) stated that fewer than one percent of all vaccine adverse events are reported to the government:

There was at least one death recorded of an unborn baby dying just after the mother received an experimental mRNA Pfizer shot while pregnant:

I was 28 weeks and 5 days pregnant when I received the first dose of the COVID19 vaccine. Two days later (12/25/2020 in the afternoon), I noticed decreased motion of the baby.

The baby was found to not have a heartbeat in the early am on 12/26/2020 and I delivered a 2lb 7oz nonviable female fetus at 29 weeks gestation. (Source)

As we have previously reported here at Health Impact News, the guidelines for emergency use of the experimental mRNA Pfizer injection in the UK warned pregnant women, and women planning to soon become pregnant, to NOT get the experimental jab.

But the FDA guidelines issued in the U.S. for the same experimental Pfizer injection did not include such warnings.

When reading the accompanying notes from these cases that were reported to VAERS, it is clear that many healthcare professionals are reluctant to report these cases, probably fearing repercussions for doing so.

In some cases, family members filed the report because the healthcare facility refused to do.

(VAERS ID # 913733) My grandmother died a few hours after receiving the moderna covid vaccine booster 1.  While I don’t expect that the events are related, the treating hospital did not acknowledge this and I wanted to be sure a report was made.

(VAERS ID # 914621) Resident in our long term care facility who received first dose of Moderna COVID-19 Vaccine on 12/22/2020, only documented side effect was mild fatigue after receiving. She passed away on 12/27/2020 of natural causes per report. Has previously been in & out of hospice care, resided in nursing home for 9+ years, elderly with dementia. Due to proximity of vaccination we felt we should report the death, even though it is not believed to be related.

Since so few reports are actually recorded in the VAERS reporting system, what is the true number of people being killed by these lethal injections? For those who are not killed, how many will be crippled or suffer autoimmune diseases for the rest of their lives?

If during pre-COVID times less than 1% of all vaccine injuries and deaths were reported to VAERS, let’s make a conservative estimate and say that because it is widely known that the COVID injections were fast-tracked to market and have not yet been approved by the FDA, that a greater percentage are being reported, like 10% of the adverse reactions, including deaths.

We are looking at a pace of nearly 1000 deaths per week by injection due to non-FDA approved mRNA injections among nearly 40,000 cases a week of injuries due to these injections.

What that means is that potentially the number of actual deaths from the COVID vaccines are much more than the 181 reported to VAERS — and could be 100 times that, or 18,000!

And we highly recommend that you take the time to read through these VAERS death reports — at the bottom of each report is a “Write Up” entry describing how each patient died — and it is truly horrifying.

One 82 year old man in a nursing home was cynically given a COVID PCR test the day after receiving the vaccination — tested “positive” for COVID — died soon after — and the death was attributed to aysmptomatic COVID, not the vaccine.  The “write up” reads,

Nursing homes are most likely very hesitant to claim that these vaccines are killing their residents — no matter how obvious it becomes — State regulators could pull their operating licenses for making any “irresponsible” claims that might “alarm” the residents and make them hesitant to take the vaccines — even though a condition of their residency is that they take the vaccine.

And most nursing home residents receive government benefits to pay for their nursing home care — so there is financial incentive for the nursing homes to stay willfully ignorant of all the residents being culled with the vaccines.

From the government’s perspective, these COVID vaccines are very cost effective — a $20 investment per shot, saves them hundreds of thousands per year in housing and health care costs — when these elders are toe-tagged and taken to the morgue with no autopsies necessary.

It’s not as if we weren’t warned that this would happen.

In 1988, investigative journalist Eustace Mullins published his book, Murder By Injection — which was ignored by the mainstream media as just another one of his crackpot “conspiracy theories” — like his exposé of the Federal Reserve.

That the “Fed” has a vested interest in the progress of this “pandemic” is just another “conspiracy theory.”