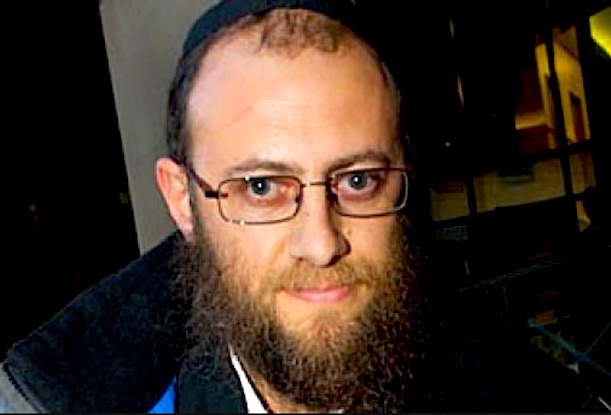 David Cyprys, a convicted child rapist who was released from prison in the Australian city of Melbourne last week and then immediately rearrested to face similar charges in Sydney, has been denied kosher food since his arrest because his family has failed to pay for the meals as required by law:

Cyprys, 51, a locksmith who ran a company called Shomer Security, was charged in September 2011 with multiple counts of indecent assault and gross indecency for the alleged sexual assault of students at Yeshivah College in Melbourne between 1984 and 1991. He was convicted of raping one boy and abusing eight others two years later and sentenced to four years in prison.

He was released from Hopkins Correctional Centre on Wednesday and then rearrested and extradited to Sydney in New South Wales. The alleged sexual assault and act of indecency incidents occurred in the Sydney suburb of Bondi in the 1980s, the Sydney Morning Herald reported.

Cyprys’ wife, Miriam, told J-Wire that a prisoner’s family must pay the difference between regular prison fare and kosher meals, and that it takes several business days for the system to kick in. The prison has refused to order and provide the kosher food until the money is in hand.

According to another news source, Cyprys’ paranoid wife is intimating that the prison is withholding kosher food from her husband in order to starve him to death just because he’s a Jew.

No doubt the prison confiscated his yarmulke and other jewish paraphernalia because that’s standard procedure that all prisoners are subjected to in regard to personal property, but from the perspective of these cringing neurotics, it’s really because he’s a Jew and they hate Jews and want to starve him to death, just because he’s a Jew, or some such nonsense.

Cyprys also needs to understand that child rapists are considered the scum of the earth in prisons filled with hardcore criminals, and many of them end up murdered by other prisoners.

As a child rapist, Cyprys is deluded to think that the prison is going to go out of its way to extend any courtesies toward him, but because of the Jewish Privilege that he’s grown accustomed to, he’s blinded to the intense hatred directed at him, not because he’s a Jew, but rather because he’s a despicable child rapist.

Hopefully, his Jewish Privilege will allow him to be extradited to Israel where convicted pedophiles are welcomed with open arms.