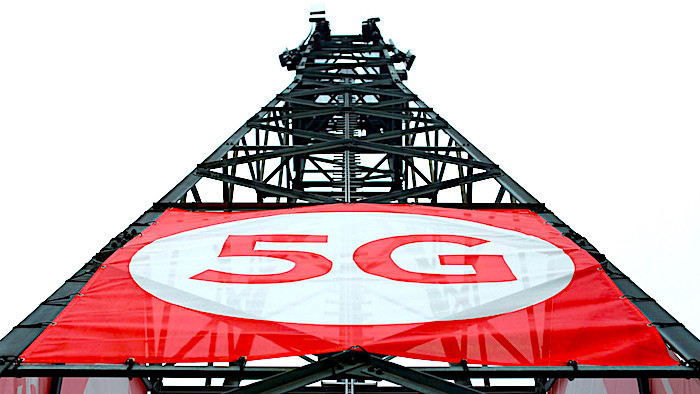 A leading activist on the issue of electromagnetic radiation and its negative impacts on public health has described the rollout of 5G as a “massive health experiment” which could “become a global catastrophe”:

Arthur Robert Firstenberg is a well-known advocate for curtailing the development of 5G networks both in the US and internationally, claiming that super fast broadband could cause cancer in humans and wildlife, as well as exacerbating the symptoms of electromagnetic hypersensitivity.

In a bid to stall the rollout of the networks Firstenberg is petitioning the World Health Organization, the UN and the EU to “urgently halt the development of 5G.” The petition had garnered over 40,000 signatures at time of writing.

“The deployment of 5G constitutes an experiment on humanity and the environment that is defined as a crime under international law,” the petition states. The US rollout of the new network has already begun in cities like Houston, Indianapolis, Los Angeles, and Sacramento.

“This could become a global catastrophe. When the first satellites were launched in the late 1990s for mobile phones, on the day they were launched people sensitive to these things got very sick. The mortality rate rose in the US by 5-10% too and there were reports that birds were not flying,” Firstenberg told the Daily Star.

Firstenberg also claims that, in areas of the world where rollout of 5G antennas has already begun, the local population, including insects and other wildlife, are already getting sick. He claims to have a condition known as electromagnetic hypersensitivity, which induces symptoms like dizziness, nausea, amnesia, insomnia, tremors, heart arrhythmia, acute and chronic pain, among others though it is not scientifically or medically recognized.

In addition, Firstenberg filed a lawsuit seeking $1.43 million in damages from his neighbor for damaging his health by using her iPhone and WiFi connection.

Much like cell phones before it in the 1980s and 90s, 5G has encountered strong pushback from the general public since it was first announced. In September 2018, Mill Valley city council, in California, voted to block development of 5G towers and small cells in residential areas citing “serious adverse health and environmental impacts caused by the microwave radiation emitted from these 4G and 5G Small Cell Towers,” Motherboard reports.

However, according to the Centers for Disease Control and Prevention (CDC), “There is no scientific evidence that provides a definite answer to that question… More research is needed before we know if using cell phones causes health effects.”

Despite a number of broad-ranging studies into the potential effects of cell phone radiation showing no solid evidence of any significant health risks to humans (let alone insects), many within the scientific community remain skeptical that the benefits of 5G technology outweigh the potential harm to humans.

Two recent studies also showed elevated risk of cancerous tumors developing in male rats (though not female) who were exposed to electromagnetic fields (EMFs) for nine hours a day over two years. However, the claims didn’t stand up in follow-up double-blind tests.

So as long as there are no “definitive” studies on the negative effects that 5G has on humans, we should just keep using the technology as if it were, in fact, safe.  After all, 5G is being heavily promoted by our “good friends” the Israelis, who always have our best interests in mind.  But contrary to what the CDC claims, there are hundreds of peer-reviewed scientific studies linking cellular radiation to all kinds of illnesses.  No doubt the cellular industry has a number of its “former” employees now working at the CDC to make sure that “definitive” studies are never funded or promoted.

And when hundreds of birds drop dead around 5G towers in the Netherlands, there is no reason to worry — “experts” have assured us that the mass die-off of birds was caused by “unknown” factors that are “too complicated” to explain to anyone without a PhD in b.s.  People want their smartphones to be able to stream video without a hitch, and if that means a few children have to die of brain cancer every now and then, well that’s a small price to pay for convenience.  But the question is: will the Israelis drink their own Kool-Aid with this 5G technology?