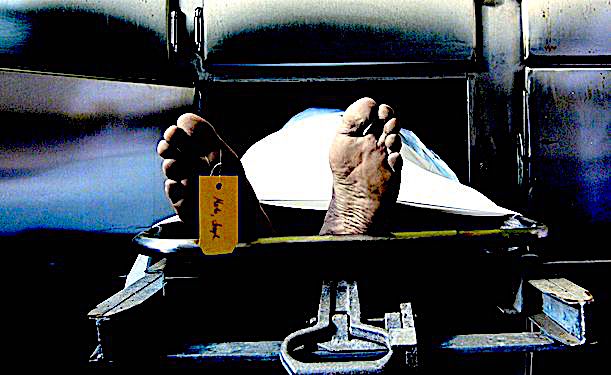 A major U.K. news site — The Express — published a story to reassure readers that getting ill and dying after receiving the COVID vaccine is ‘actually a good’ — but after public outcry, subsequent editions of the story removed any mention of ‘death’ as a beneficial side effect :

Many people are concerned with growing reports of people falling ill and even death after a vaccine. Experts claim this is a predictable outcome and can actually be a good thing. What exactly happens to the body when vaccinated and why is being ill after good?

For a fraction of people, getting these first COVID-19 vaccines could be unpleasant—more than the usual unpleasantness of getting a shot. They might make you feel sick for a day or two, even though they contain no whole viruses to actually infect you. Both the Pfizer/BioNTech and Moderna vaccines are quite “reactogenic”—meaning they stimulate a strong immune response that can cause temporary but uncomfortable sore arms, fevers, chills, and headaches.

Immunologists are well aware that the immune system uses a complex set of sensors to understand not only whether or not something is foreign, but also what kind of threat, if any, a microbe might pose to the system.

It can tell the difference between viruses and parasites, like tapeworms, and activate specialised arms of your immune system to deal with those specific threats accordingly.

It can even monitor the level of tissue damage caused by an invader and ramp up the immune systems response to match.

Vaccines work by introducing a safe version of a pathogen to a patient’s immune system.

When vaccinated, a person’s immune system needs to sense danger before responding.

The requirement for danger means that one’s immune system is programmed not to respond unless a clear threat is identified.

Vaccines work by tricking the body into thinking it has been infected with symptoms occurring being an indication it has successfully done so.

The fever, fatigue, and other signs associated with a COVID-19 infection are typically caused by the immune responses, not the virus itself.

Experts claim these side effects are due to the balance of vaccine design which is maximising protection and benefits while minimising the uncomfortable, however necessary side effects.

Two of the most discussed serious side effects, anaphylaxis (a severe allergic reaction) and Guillain-Barre Syndrome (nerve damage due to inflammation), occur at a frequency of less than one in 500,000 doses.

When a person gets the COVID-19 vaccine, the body cells encode a version of the coronavirus’s spike protein.

The virus uses spike protein as a key to get into the cells, but unattached from the rest of the virus, the spike protein can’t infect anything.

“However, the bodies innate immune system recognises the vaccine materials and the resulting spike protein as foreign,” said Matthew Woodruff, instructor with the Lowance Center for Human Immunology at Emory University.

He added: “This signal sets off a reaction that can feel a lot like getting sick.

Early data has suggested that the mRNA vaccines in development against COVID-19 are highly effective, with as much as a 90 percent effectiveness it’s been claimed.

That means they are capable of stimulating robust immune responses, complete with sufficient danger signalling, in greater than nine out of 10 patients.

Woodruff added: “Initial data has stated that more than 2 percent of the Moderna vaccine recipients experienced temporary side effects which included fatigue and headaches.

“The percentage of people who experience any side effects will be higher.

“Experts state that these are signs that the vaccine is doing what it was designed to do which is training the immune system to respond appropriately.”

Just prior to the vaccine roll out, “experts” at the CDC warned the public not to be “alarmed” when they start seeing a lot of people dying after receiving the vaccines — it would all be just a coincidence.

And since the purpose of the vaccines is to sicken, cull, and control the population — it makes perfect sense that seeing people dying is indeed “proof” that they are working exactly as planned.

“The Party told you to reject all evidence of your eyes and ears.  It was their final, most essential command.”
—George Orwell, 1984

Those who line up for these dangerous vaccines are those who are most susceptible to media propaganda and brainwashing — which means the government will be killing off their most trusted, unquestioning servants — leaving the most rebellious and independent thinking people alive and well.

And, of course, this is the exact opposite of their intention — they would prefer to kill off the independent thinkers and keep the pliant, gullible masses — except, of course, for the tens of millions of expensive useless eaters in nursing homes and long-term care facilities.

We know what the Bolsheviks did with these non-compliant “reactionaries” — they were either summarily executed or sent to the gulags and worked to death.

Canadian Prime Minister, Justin Trudeau — a known pathological liar — reassured the public that people who refused to be vaccinated would not be sent to internment camps — even though independent MP Randy Hillier seems to believe these camps are indeed being planned — and is demanding answers.

Australia has announced forcing mandatory vaccination by issuing “certificates” for those who wish to participate fully in society — again, resulting only with the most independent, healthy individuals not participating — exactly what they don’t want. 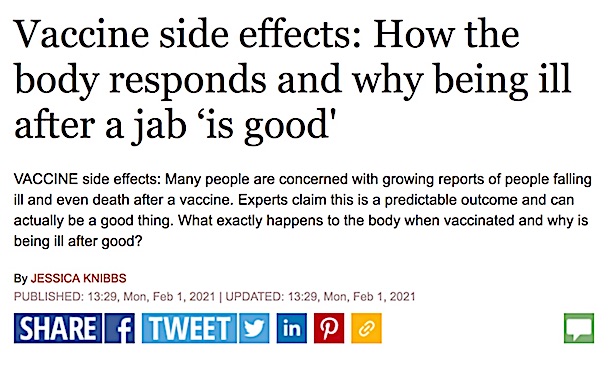