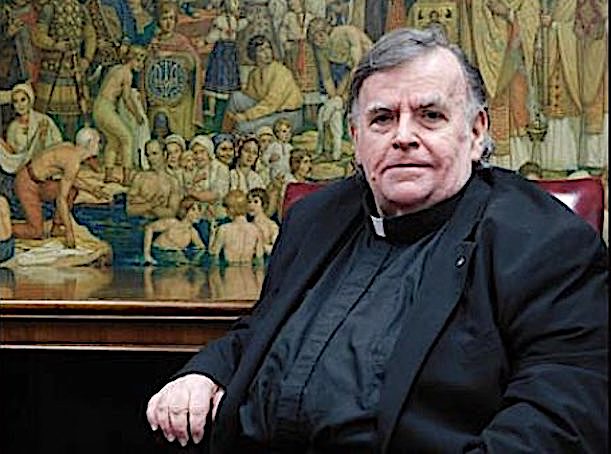 A Ukranian Greek-Catholic priest, who was previously a volunteer in the testing of Moderna’s COVID-19 vaccine, has died suddenly in his home — although it is still unclear if the 70-year-old’s death is related to the vaccine:

Fr. John Fields was the Communications and Religious Education Director for the Archeparchy of Philadelphia, which is part of the Ukrainian Greek-Catholic Church. Announcing his death, the Archeparchy stated that Fr. Fields “has passed away in his home. The cause of death is yet to be determined.” Fr. Fields turned 70 this year.

Just recently, Fields had participated in the trials of Moderna’s COVID-19 vaccine, after receiving an email from the University of Pennsylvania at the end of August, asking if he wished to “participate in the third and final phase” of the vaccine trial.

The Dialog reports that Fr. Fields had been very eager to participate in the trials, answering “yes” to the email: “It would be a great opportunity to fight this pesky virus that suddenly appeared and wreaked havoc throughout the world, bringing death and disrupting every aspect of our lives.”

He had been approached specifically due to his age, since he was in the age bracket the study team “deemed the higher risk group for the COVID-19 virus.” The first injection he received was on August 31, with the second on October 1.

Despite being asked to record any symptoms following the vaccination, Fr. Fields previously confirmed to The Dialog that he experienced none.

“I think of the researchers, who in only several months, as part of Operation Warp Speed, collectively used their knowledge and wisdom from Almighty God to achieve this medical milestone,” he had said. “I may be able [to] contribute in some small way to the development of an effective vaccine that would help stop this worldwide COVID-19 pandemic and the fear.”

Father Michael Hutsko, of Sts. Peter and Paul church in Mount Carmel, Pennsylvania, suggested that Fr. Fields had suffered “an apparent heart attack,” and the vicar general of the Archeparchy confirmed that Fr. Fields “did not have COVID-19.”

Archbishop Boris Gudziak of the Archeparchy said, “In our last conversation before Thanksgiving Father John was in good spirits and seemingly improving in his health.”

It’s strange that this Catholic priest thought that God would help Moderna develop a vaccine that used cell lines from aborted human tissue — a fact that we reported on almost nine months ago.

If anything, his death confirms Hosea 4:6,

My people are destroyed for lack of knowledge: because thou hast rejected knowledge, I will also reject thee, that thou shalt be no priest to me: seeing thou hast forgotten the law of thy God, I will also forget thy children.

Most of the serious side effects from vaccines do not show up immediately after receiving them — sometimes it can take years for the side effects to begin to show up — or, as in Fields’ case, months later.

Why would this be?  Because vaccines are the primary cause of auto-immune diseases in humans and domesticated animals.

Vaccines trick the body into attacking its own tissue — such as the case with autism where the protective myelin sheath around our neurons is attacked and destroyed, causing the nerves to fire in an uncontrolled fashion.

With older patients like this priest, vaccines can often cause strokes — and given his enthusiasm for vaccine witchcraft, he probably “religiously” got his flu shot every year — perhaps he was more obedient to his doctor than to God.

And we know that the churches have become one of the biggest promoters of the vaccines — it is, we are told, our “Christian responsibility” to receive their vaccine sacrament.

No autopsy will be done on Fr. Fields to determine if there is a connection between his death and the Moderna vaccine — that would be time-consuming and expensive — and the results potentially inconvenient.