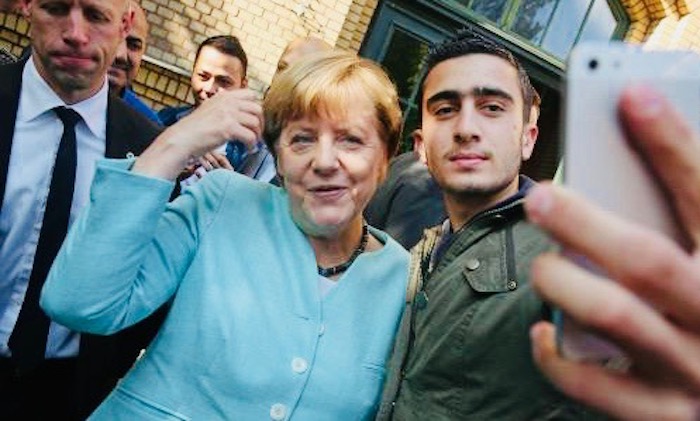 German Chancellor Angela Merkel is to receive an honorary doctorate from Haifa University during her upcoming visit to Israel in early October.

President of the University of Haifa Prof. Ron Robin stated that throughout her life, Dr. Merkel has demonstrated “exemplary standards of excellence, wisdom and humanity.” He added that it is a great privilege for Haifa University to honor her in such a way.

In office since 2005, which inspired some Germans to nick name her mutti (mummy), Merkel broke new ground in German politics and society.

She is the first women to serve as chancellor, first woman to lead the Christian Democratic Union, and the first modern German leader to enjoy a successful academic career before taking on the responsibilities of political life.

Her unique style of leadership, which Haifa University describes as “grounded in principles of equality, freedom and human rights” led her to accept refugees into Germany, a decision that sparked an intense internal debate within the country, as well as insisting Greece must remain in the EU following that country’s economic collapse in 2007.

Merkel is also a supporter of strong ties between modern Germany and the State of Israel. She has been invited to Israel several times and, in 2008, convened a special meeting of the German government in Israel in honor of Israel’s 60th Independence Day.

The only reason that Angela Merkel is still the Chancellor of Germany is because the Jews want her there.  The real Germans certainly don’t want or trust her, and she is able to stay in office only because she is artificially propped up by the jewish-dominated media.

If Germans were allowed to express publicly how they really feel about Merkel, there would be thousands of irate Germans in the streets with torches and pitchforks.

Jews refer to useful idiots like Merkel as a “shabbos goy” — a non-Jew who does what is “good” for the Jews, and Merkel is doing something “good” for the Jews by flooding Germany with violent Arabs and Africans.  This benefits the Jews because Germans will be too busy complaining about the Arabs and Africans to notice that it’s the Jews who are really the ones wrecking the country.

Angela Merkel is the first woman to receive a PhD in Nation Wrecking.  Mazel Tov!