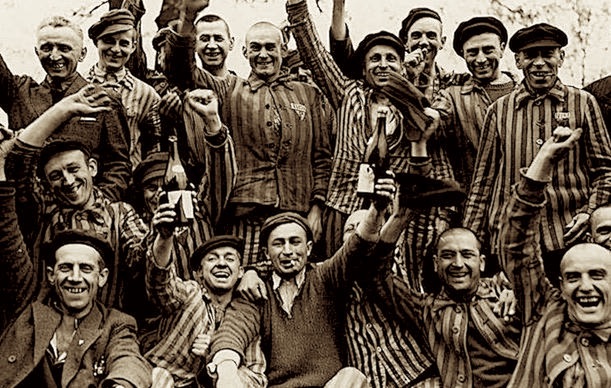 One of the unintended consequences of their incessant promotion of anti-White ‘multiculturalism’ is that Jews now have to endure sharing their ultimate pity party with the suffering and victimization of other people — which they fear will erase the ‘uniqueness’ and supremacy of Jewish suffering:

…Renowned scholars have also stated in the past that the Holocaust was an event without parallel. The philosopher Emil Fackenheim said that, while it belonged to the category of “genocide,” the planned and largely executed borderless extermination of the Jews was “unique.”

Another Jewish philosopher, David Patterson, went further and said that the Holocaust couldn’t be reduced to a case of genocide.

“The Nazis set out to annihilate more than a people. … They set out to annihilate a fundamental principle; to obliterate millennia of Jewish teaching and testimony; to destroy the living God of Abraham, Isaac, and Jacob; to eradicate a way of understanding God, world, and humanity embodied by the Jews in particular.”

The main driver of the Holocaust was not racism, nor hatred of “the other,” nor a dehumanizing view of certain groups—a view the Nazis shared with much progressive Western opinion in the 19th and early-20th centuries.

It was instead a paranoid and deranged view of the Jewish people as an evil conspiracy of positively supernatural proportions, and who therefore had to be wiped off the face of the earth. This is not recognizable in any other prejudice, bigotry or hatred directed at any other people or group.

But for some, the uniqueness of Jewish suffering is an intolerable fact that must be suppressed. Progressive “post-colonial” scholarship holds—preposterously—that emphasizing the singularity of the Holocaust diminishes and squeezes out other suffering and victimization.

Many Diaspora Jews, moreover, run a mile from any suggestion that the Jews are fundamentally different. They believe their safety and security rest upon not standing out from their surrounding societies.

Which is why they are so anxious to claim that their historic persecution is on the same level as the suffering of others, and that anti-Semitism is just another form of “racism” or “othering.”

They thus join forces with those who want to deny Jews their true status as the world’s ultimate victims.

And it’s been but a short step from that to the false and malevolent view that the Jews of Israel have ended up doing to the Palestinians what was done to them.

As Baroness Deech observed: “The more the national Holocaust remembrance day events are packed out, the more the calls for sanctions on Israel that would result in her destruction, and the more the Holocaust is turned against the Jews. I hear it in parliament—‘after all you people went through, look what you are doing to the Palestinians; have you learned nothing.’ ”

Many peoples and groups in the world suffer untold horrors at the hands of brutal regimes. Jews and others have a duty to speak out against the persecution of the Uighurs and all who are being victimized by the Chinese Communist Party.

But there is also a duty to speak up for the uniqueness of the Holocaust: a duty not to betray the facts of Jewish history by minimizing the particular evil of Europe’s darkest moment, a madness that singled out the Jewish people for a fate reserved for them alone.

What is unique about Jewish suffering during World War II is that it is based on an event that did not take place — the so-called “Holocaust”, which was a psy-op created by the Jews to ultimately justify the foundation of the state of Israel and silence anyone who objected.

Since Jews were never really victims of any real genocide in WWII, they certainly didn’t learn any sympathy for the suffering of others — as their critics would suggest.

Rather Israelis are so efficient at ethnically cleansing the Palestinians because Israel was founded largely by Russian Jews who murdered 60 million White Christians in communist Russia — then invented the Holocaust to distract the world away from their crimes against humanity by casting themselves as the ultimate victims without parallel.

Yes, the apt Polish proverb about Jews is based on centuries of living with them and understanding them better than any other European people: “The Jew cries out in pain as he strikes you.”

But the Jews aren’t done with milking their imagined Holocaust — they intend to use it to justify their morbid desire to destroy their ultimate ‘tormentors’ — people of White Christian descent whose God rejected the Jews’ false claim of being the “living embodiment of Abraham, Issac, and Jacob.” (John 8:44)

They are rather the embodiment of Esau/Edom — and the prophet Obadiah foretold the real Holocaust that ultimately awaits them — at God’s discretion. (Obadiah 1:18)