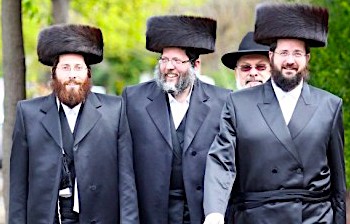 An unidentified Melbourne rabbi was verbally abused while allegedly driving to his local synagogue during an apparent road rage incident in which the attacker proclaimed “Hitler should have killed you all”:

“Would you like me to get out and show you what Hitler did? …You should have died in the Auschwitz,” the middle-aged man screams as the two cars are stopped at traffic lights in Caulfield, Melbourne on Monday night at approximately 10pm local time.

In a torrent of vitriol throughout the attack, the perpetrator describes the rabbi as a “dirty Jew,” and a “f**king selfish c**t of a Jew.”

“I saw anti-Semitism, but I thought in Australia in 2019 would never think something like that would happen,” the rabbi told Australia’s Herald Sun. “It’s painful that they hate Jews for no reason.”

“In a week in which we commemorate the Holocaust, I am gravely concerned that the virus of anti-Semitism is spreading like wildfire in Melbourne and is becoming a fact of life,” Abramovich said.

“…The number of reported incidents against Jews are on a scale I have not witnessed before in our nation.”

The Executive Council of Australian Jewry reported an increase of 59 percent in anti-Semitic attacks across Australia in 2018 compared to the previous year.

“We take these matters very seriously,” a Victoria police spokesperson said, though no official complaint about the incident has been received yet, reports The Age.

“Crimes motivated by prejudice cause serious harm to victims, often leaving them, and their communities, feeling vulnerable, threatened and isolated.”

Many of these “antisemitic attacks” turn out to be poorly conceived and executed hoaxes, so it shouldn’t surprise anyone to eventually find that this alleged antisemite who called the rabbi names is a friend of the rabbi and that they concocted this whole episode to help usher in even more draconian “hate crime” laws in Australia.  Notice the anonymous rabbi claims that he was on his way to his synagogue when this event happened — a “fact” that contributes to the pathos of this incident.  And what caused this man to start yelling at this rabbi?  “Nothing,” apparently.  People just hate Jews for “no reason”.

And isn’t it remarkable that when an anonymous Jew in Australia gets called some names, the incident makes international headlines?  He wasn’t physically attacked or killed.  He was called some names.  How it that possible?  Who else has that power to report every apparent verbal attack or even mild criticism of any other ethnic group anywhere in the world?  And what do the Jews hope to accomplish by reporting these improbable incidents?  Quite simply, the pubic is being set up to accept new laws that will protect all Jews, no matter where they are in the world, from any criticism whatsoever for any reason.

“The Jew will always tell you what happened to him, but he won’t tell you why.”
—Russian proverb