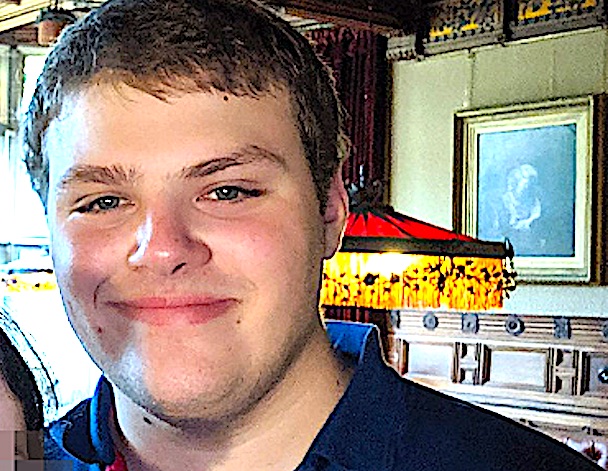 Based on evidence provided by Hope Not Hate, a Jewish supremacist ‘watchdog’ group, a young U.K. man will spend the next four years in prison for allegedly “encouraging terrorism” by making online threats toward Jewish people and “obsessing” over Adolf Hitler:

Luke Hunter, 23, from Newcastle, used social media accounts to spread extreme far-right views on social media including posts that described killing techniques, and called for the murder of Jews, homosexuals and non-white races.

He was sentenced at Leeds Crown Court to four years and two months in prison on Tuesday after admitting seven charges of promoting terrorism and circulating material from terrorist publications.

The antifascist organisation Hope not Hate had tipped off police about Hunter’s conduct revealing he had used accounts on Twitter, Telegram and Discord to promote his hateful ideology.

Nick Lowles, Hope Not Hate’s founder, said he was disappointed with the sentence handed to the neo-Nazi, and called for the authorities to “prioritise action against this growing threat.”

Hunter’s father was a counter-terrorism officer with the Metropolitan Police, but this had not prevented his son from encouraging violence against officers, it emerged.

There’s a lot to unpack here, but one thing is certain — nothing about this case should be taken at face value.

The roots of the so-called “anti-racist” group, Hope Not Hate, can be traced back to Jewish communists and pro-Zionist extremists in the 1960s and 70s who ran the radical Searchlight publication — an alleged “anti-fascist” newspaper affiliated with the “Anti-Nazi League”.

Gerry Gable, former Jewish head of the Searchlight, bragged at one time that his group had ties to MI5, acting as informants against their political adversaries.

Gable’s mentor was Harold Herschel Bidney, another Jewish communist and pedophile with a long criminal record that includes drug trafficking and pimping — who also had ties to British Intelligence.

The Searchlight group eventually morphed into splinter groups out of which arose Hope Not Hate, whose director, Nick Lowles, appears to be a crypto-Jew who was originally recruited from the Union of Jewish Students — and in writings for the Jewish Chronicle, Lowles refers to Jews as “our community“.

Despite his deep commitment to “anti-facism” and Zionism, Lowles apparently is also a member of the “right wing” British National Party — most likely to monitor its activities and provide MI5 with information on political enemies.

There should be little doubt that Hope Not Hate runs numerous “honey pots” online to attract disaffected Whites like Luke Hunter — and encourage them into making explicit threats against Jews and other protected classes — classic MI5 entrapment.

And, of course, Nick Lowles expresses his “disappointment” that the entrapped Luke Hunter got off so “lightly” with only a 4-year prison sentence — even though there were no victims and no one was hurt in any way by Hunter’s online “terroristic” musings and violent fantasies.

That Luke Hunter’s father is a counter-terrorism police officer is reported here as an irrelevancy — but it probably lies at the heart of the matter.

Is Luke part of an elaborate anti-terror P.R. stunt, or was he lured into online hate groups because of what he had learned from his father about the powerful role that Jews play in the destruction of the White British people?