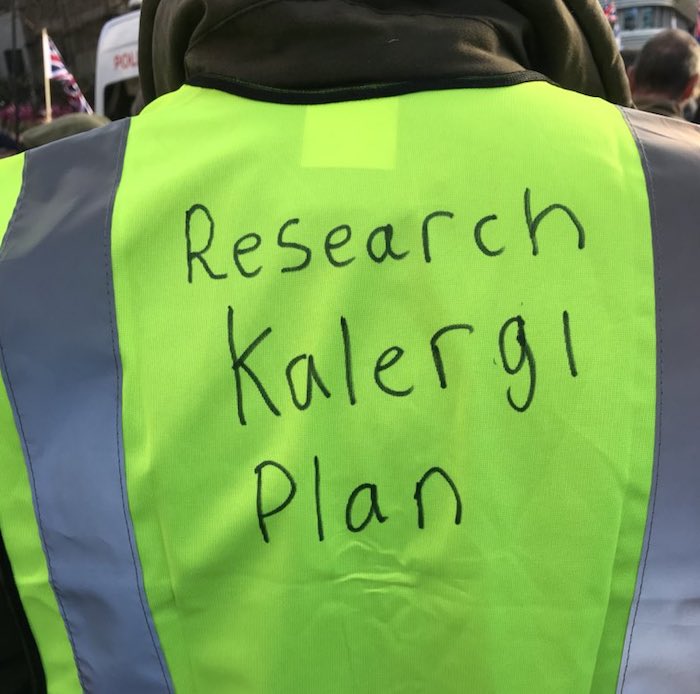 French President and Rothschild banking stooge, Emmanuel Macron attempted to smear and discredit the Yellow Vest protesters in France by pointing out that they are targeting Jews:

French President Emmanuel Macron kept a low profile since he eliminated a carbon tax following a populist uprising against the measure, but he came out swinging Monday night, equating elements within the movement to an anti-Semitic mob sowing discord.

Some believe the so-called Yellow Vest protesters “take as a pretext that they are speaking in the name of the people” when “in fact they are merely speaking for a hateful mob” that targets “police, journalists, Jews, foreigners, homosexuals,” Macron stated. The 41-year-old president has struggled to quell the protests while reports suggest he’s been hiding out.

French outlet Le Monde noted how quiet Macron’s been in the face of the protests, reporting in December that the protests virtually paralyzed Macron. He rarely leaves the Élysée Palace for fear of energizing the Yellow Vest activists, Le Monde reported.

Many of the anti-Macron protesters say the demonstrations will continue until after New Year’s Day. Some have ratcheted up their protests. More than 50 Frenchmen gathered at the medieval fort of Bregancon off the French Mediterranean coast Dec. 28 to demand Macron’s resignation. The fortress is the official retreat location for French presidents.

“This president is an impostor,” right-leaning leader Marine Le Pen said on Twitter.

“As usual, his tone was that of a giver of lessons,” Quatennens told the French television channel BFM-TV.

“The tone was pretty martial,” he said, noting the strident nature of the Macron’s comments. “And I think it will simply reinforce the mobilization.”

Still, the French president’s rebuke might be enough to blunt the sting from an already ebbing movement.

Sure, that’s all Macron needs to do to end the Yellow Vest protests — accuse them of antisemitism and homophobia — yhey will all feel so ashamed that they will just all go home and repent.

When Macron resorts to the old canard of “antisemitism,” it’s a signal that he’s completely lost, even if what he says is partially true, which it is.

There have been plenty of examples over the last two months that among the protesters are people who are well-aware of the jewish hidden hand in the destruction of France, which includes flooding France with Third World migrants from Africa and the Middle East.

As we have previously reported, the Yellow Vest protests have many hallmarks of a jewish pogrom, and many Jews would seem to agree, as the Israelis anticipate that thousands of Jews will emigrate to Israel, fearing the rising of antisemitism in France.

Naysayers would like to claim that the protests are really about the economy, but who controls the French economy?

The Rothschilds control the economy, along with their puppet Macron, who worked for them prior to being appointed President.  “L’Etat, c’est Rothschild.”