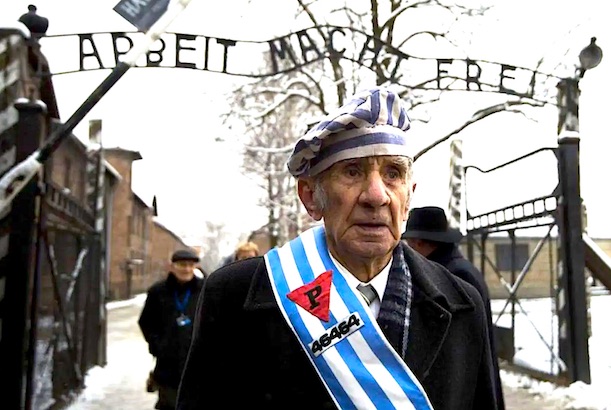 Israel’s Health Ministry has announced that it will work to provide coronavirus vaccinations for Holocaust survivors both in Israel and in the worldwide diaspora, according to Israel Hayom:

The organization has approached several large medical shipping companies about the logistics of the project and the Diaspora Affairs Ministry is working with the Health Ministry to coordinate with Pfizer and Moderna.

The campaign will be conducted through vaccination centers in a number of different countries. Survivors who cannot leave their homes will have medical staff and volunteers come to them.

The Ministry intends to recruit Jewish philanthropists to help fund the operation and intends to order additional vaccines for the survivors and not take from the quota allocated for the State of Israel.

“In a time of acute global crisis in the face of the coronavirus, we have the privilege to repay, if only slightly, Holocaust survivors who survived the inferno of the Nazi oppressor and thanks to their courage managed to protect the embers of Judaism,” said Yankelevitch to Israel Hayom. “We have the privilege to provide them with protection against the coronavirus. This is the moral order that every Jew carries in his heart – to make sure that they never walk alone.”

It is unfathomable that there aren’t scientists in Israel at the highest levels — above the public propaganda level — who know that these mRNA “vaccines” are potentially lethal to everyone — especially the elderly with compromised immune systems.

After all, Jews have figured prominently in the development of these controversial vaccines — and they of all people should know that Moderna and Pfizer skipped the animal trials because they already knew from previous trials that these mRNA vaccines sickened or killed almost all the animals used in those trials.

And among Jewry, not only are these so-called Holocaust Survivors™ revered as “saints” — they have also been a proverbial cash cow for Israel, bringing billions into Israel in the form of “reparations” from a vanquished Germany.

Clearly, it is in Israel’s best interest to keep this rapidly aging remnant of “survivors” alive as long as possible — as they provide a literal “human shield” that insulates Jewry worldwide against all criticism — but they also specifically afford Israel protection against international criticism and condemnation for the ongoing ethnic cleansing in Palestine.

One recent survey suggested that almost all of the current Holocaust Survivors will be dead by the year 2027 — but this vaccination operation could quickly move that date up by six years.

Israel — at the highest levels — cannot possibly believe that it is in the best interests of these Holocaust Survivors™ — and Israel itself — to be given these experimental mRNA vaccines that have recently killed 24 residents of a single nursing home in New York State.

So unless this is just another massive publicity stunt — where these survivors will actually be receiving a saline placebo vaccines — this could turn out to be a public relations nightmare for Israel when these vulnerable elderly Jews start dropping dead in the hours, days, weeks, and months after receiving these vaccines.

How is it in Israel’s interests to potentially hasten the deaths of these Holocaust Survivors™?