[Note: we are republishing this 2019 CFT article in response to Jewish groups recently claiming that “antisemitism” has allegedly hit at “an all-time high” — and how that impression actually serves the interests of the elite cabal that leads world Jewry.]

(Jewish Telegraphic Agency)  At a meeting among Jewish leaders twenty years ago, the billionaire and longtime president of the World Jewish Congress, Edgar Bronfman reportedly expressed a common fear among the Jewish elite that young Jews — becoming too comfortably assimilated — needed to be goaded into reconnecting with their Jewish identity by whatever means necessary:

“The point is, we have a crisis and I don’t care how we go about getting young people involved in their Jewishness,” Bronfman stated at a STAR [Synagogue Tranformation and Reform] meeting in Chicago….

….Going through my 20-year-old notes, I am struck at how often Jewish lay and religious leaders voiced a fear that an end to anti-Semitism would further erode the tenuous connection young people had to Judaism. Ironically, the rise in Jewish activism in response to anti-Semitism could be an opportunity to find a place for them.

In 2019, while our institutions are hashing out the same arguments, American Jews are faced with an altogether different existential crisis: the rise of American anti-Semitism. Now is the perfect time to truly reckon with what it means to be a Jew and who gets counted as a member of the tribe because people who never thought about their Judaism before are now constantly reminded of it by anti-Semites.

It is a sad contrast, the difference between the Jewish mood of 20 years ago and today. There is a renewed sense of solidarity and purpose among Jews of all denominations in light of the threat of anti-Semitism coming from outside.

Yet even though they were wrong about an end to anti-Semitism, the machers of two decades ago were right in turning the discussion to how to embrace more Jews who acknowledge only a tenuous connection to Judaism. That was the original thought behind Birthright Israel.

Today, as I interview people whose connection to Judaism is strengthened through the rise in anti-Semitism, it is still the case that many are unaffiliated with synagogues. Twenty years ago, they would have been counted as lost to Judaism – and these “cultural Jews” are still not counted in many official surveys or in institutional decisions.

I never wanted anti-Semitism to define the way I write about Judaism. But the rise in anti-Semitism can perhaps help us see clearer than we did 20 years ago.  We can see who is with us and who is not.  Jews are standing up to be counted. I would be more optimistic for the future if we found a way to embrace them.

This is a remarkable admission on the part of Jews: that their identity is dependent in large part on antisemites.

Without the perception that they are surrounded by those who irrationally hate them just because they are jewish, the average Jew shows very little interest in their jewish identity and especially their religion.

And their ruthless elite will do whatever it takes to make the Jews below them to feel “more jewish,” even if that means using organizations like the ADL to create a false perception that no place in the world is safe for Jews, especially in the highly tolerant White Christian countries where they prefer to dwell.

So Jews have a real dilemma on their hands: whenever they work to stamp out alleged antisemitism, they are actually working against the necessary tool that makes them “feel jewish”.

It would seem that the ideal situation for the jewish elite would be to maintain a certain level of perceived antisemitism but never entirely eradicate it — in the way an drug addict achieves his ideal maintenance buzz.

Jews experienced this identity Catch-22 in Soviet Russia as they slowly lost their jewish identity to the larger Soviet ethos, and it was only when Stalin decided that the Commintern had become too top heavy with ethnic Jews and began to purge them from the leadership that these “Soviets” became Jews once again just like clockwork. 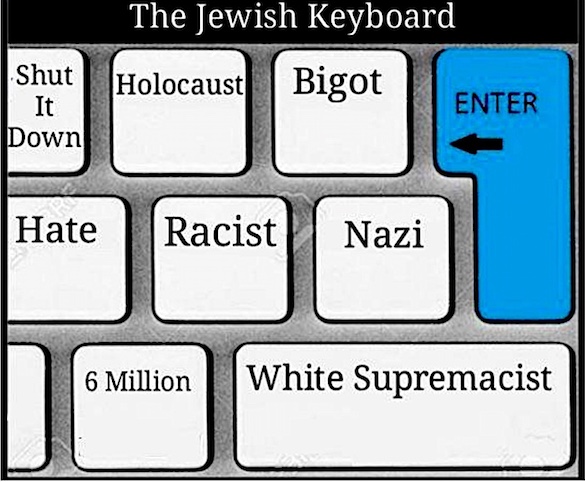