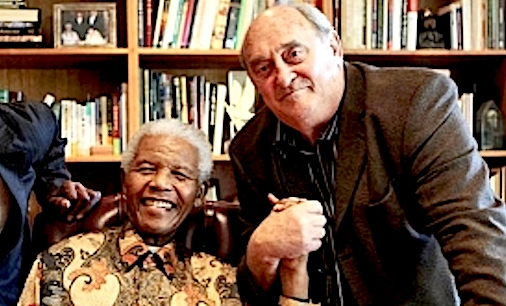 South African communist and domestic terrorist, Denis Goldberg, who stood trial alongside Nelson Mandela for the notorious 1961 terror bombings — for which he served only 22 years of a life sentence in prison, has died at the age of 87 at his home in Cape Town:

President Cyril Ramaphosa expressed his deep condolences at the passing of Goldberg, one of the most prominent white activists in South Africa’s long struggle against racial repression.

“This is…a moment for all of us to appreciate Denis Goldberg‘s brave dedication to our struggle and his lifelong activism in the interest of — and in the physical presence of — poor and vulnerable communities around our country,” Ramaphosa said in a statement on Thursday.

Goldberg, whose family had Lithuanian Jewish origins, was born in Cape Town in 1933.

A communist, he joined the African National Congress’ (ANC) armed wing in 1961 to oppose the apartheid regime. He was arrested in 1963 at a clandestine meeting in a Johannesburg suburb and stood trial with several others, including Mandela and Walter Sisulu, in what became know as the Rivonia Trial.

He was convicted on sabotage charges and sentenced to life imprisonment after the judge declined to impose the death sentence.

Being white, Goldberg was not sent to the notorious Robben Island prison along with black political prisoners like Mandela, in keeping with the apartheid regime’s philosophy that the country’s different races should not mix.

Instead, he was jailed in the capital Pretoria, where he spent most of the time in solitary confinement.

He was released in 1985 after 22 years in prison after agreeing with the government not to take part in political violence. He continued his role in the anti-apartheid struggle from exile in London.

Apartheid ended with Mandela’s victory in the country’s first free elections in 1994, but Goldberg did not return to live there until 2002 due to family reasons…

“He dedicated his life to achieving the better life we enjoy today and his revolutionary contribution reinforced the non-racial character of our struggle and of our democratic dispensation,” Ramaphosa said.

The communist, anti-White, anti-Apartheid movement was almost entirely financed and lead by Jews who, for political expediency, often passed themselves off as White — and Blacks often mistake Jews for White, with violent consequences.

Jews in South Africa openly speak for their ‘fellow White people’, and then turn around and subvert them.

We are told that these nation wreckers are always motivated merely by ‘high ideals’ of racial equality — but what they are actually doing is using their Jewish-conceived communism as a political weapon to subvert and destroy White Christian South Africa just as they had previously done in Russia and Eastern Europe.

“History is a struggle between Christ and Marx,” a great political observer once noted, and beneath that eternal struggle you will always find an ongoing racial battle with White Christian Europeans on one side and anti-Christ Jews on the other.

And in South Africa, Jews transformed Blacks into their “Golem“, a Frankenstein-like monster that will do their bidding and destroy their enemies — the Whites who built and maintain the country.

Any Black leaders, whether Mandela or Ramaphosa, are beholden to their Jewish puppetmasters behind the scenes.

Now that the communist revolution in South Africa is nearing completion, the Jews who fomented it are dying off, like Goldberg, while the others are quietly packing their bags and leaving, often for Israel.

That’s right — over 40% of South Africa’s Jews have left the country permanently since the fall of Apartheid. 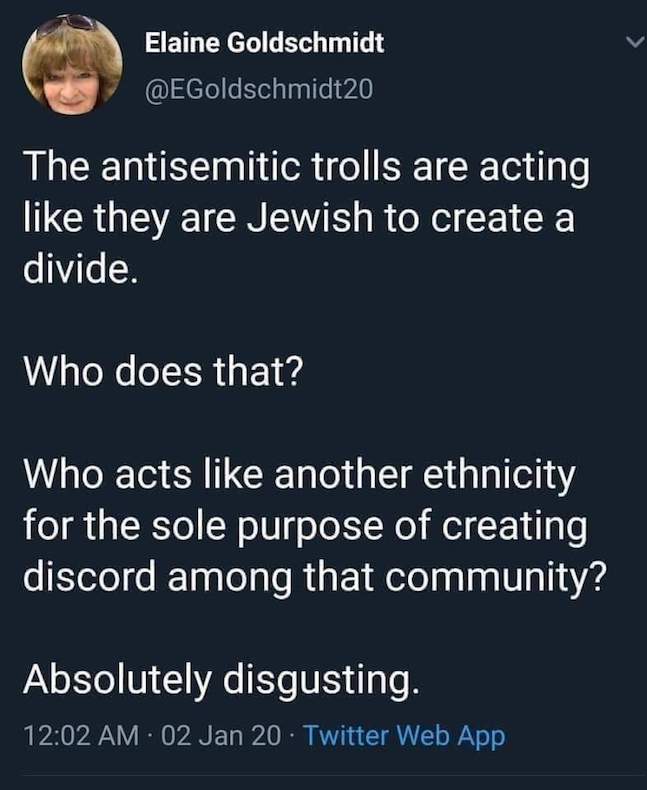