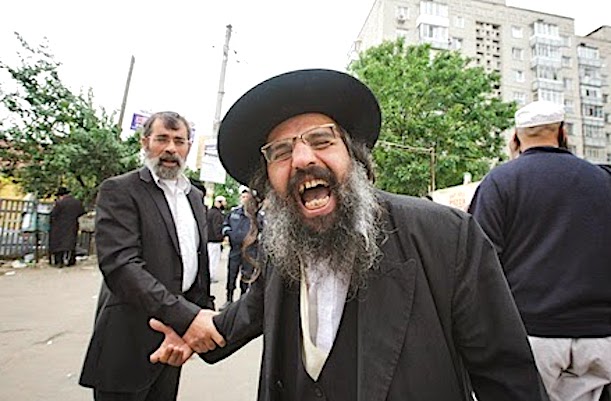 Ten years after the end of World War II, the Jewish Telegraphic Agency ran a story about a wealthy Jewish businessman in England who set up an endowment to fund the study and cure of schizophrenia especially among so-called Holocaust survivors who were allegedly subjected to traumatizing Nazi persecution:

Joseph Portor, a Leeds Jew, has established a 10,000 pound ($28,000) endowment for research prizes to be awarded to teachers or graduates in psychiatry at either University of Leeds or the Hebrew University of Jerusalem or to any qualified doctor who practices psychiatry in either England or Israel.  The research must be in schizophrenia.

The British Friends of the Hebrew University, which announced the endowment, said that the entire sum of 10,000 pounds would be paid to any qualified person who, in the opinion of a medical advisory board set up in connection with the fund, discovers within the next five years a complete and permanent cure for schizophrenia.  The medical board will consist of well known experts who will act in an advisory capacity to the trustees of the fund.

The announcement said that the “barbarous persecution of the Nazis produced a terrible increase in the mental illness of schizophrenia, particularly among the Jews who were the greatest sufferers of that persecution.” The announcement further noted that many of these victims of persecution had found a home in Israel.

It is rather remarkable that a fictional event like the “Holocaust” could allegedly cause schizophrenia to manifest in Jews — which, if anything, it proves just how gullible Jews are that they start believing their own atrocity propaganda.

And if schizophrenia can indeed be caused by Holocaust propaganda, then there is a very simple cure for schizophrenia in Jews — just stop lying about the Holocaust.

In reality, the official “Holocaust” narrative is so irrational, convoluted, unbelievable that it could have only been the brainchild of Jews already suffering from paranoia and schizophrenia.

And that is hardly far-fetched considering that, according to the Jewish Encyclopedia, insanity is much more common in Jews than in the general population — and Jewish mental health ‘experts’ believe the cause is not Nazi persecution but rather incest:

As is the case with all the physical, mental, and intellectual traits of the Jews, consanguineous marriages have been considered a cause of a great part of the insanity among them. The Jews, it is well known, are very neurotic, as is manifested by the frequency of various nervous affections among them (see Nervous Diseases); and the marriage of relatives who are affected by a neurotic taint has been positively proved to be detrimental to the succeeding generation. In one generation the neuropathy may manifest itself as hysteria; in another, as some organic or functional nervous affection, then as insanity, etc. The chances of thus perpetuating the nervous strain in families by consanguineous marriages are therefore greater among Jews than among peoples in whom nervous diseases are less frequent.

One might be tempted to blame these consanguineous marriages on the small population of Jews in any given area, but if they knew this was a problem, given their notorious mobility — the wandering Jews — they could have traveled outside their immediate surroundings to find appropriate spouses besides their sisters or first cousins.

Perhaps incest is rampant among Jews simply because it’s just another taboo that they find titillating — for the same reason pedophilia is especially common in Jewish communities — where they don’t even make an attempt to hide it.

With this high level of insanity, neurosis and paranoia, it is hardly a mystery why Jews could easily experience a collective, mass hysteria about their Nazi persecutors and captors — inventing macabre, twisted, bizarre fantasies of mass genocide with psycho-sexual overtones — and even going so far as to blame those same Nazis for their self-inflicted genetic disorders like schizophrenia.