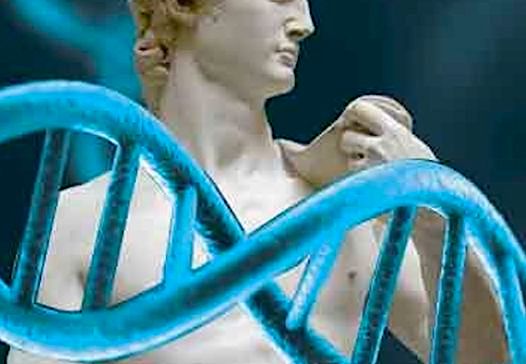 Wendy Roth, a Jewish professor of sociology at University of Pennsylvania, is so concerned that trendy consumer DNA testing kits might be giving people ‘dangerous’ ideas about race that she published a new study to ‘prove’ that genetics do not, in fact, determine one’s racial identity:

After spending two years compiling data from more than 800 people, she found her answer: It depends.

According to Roth’s new study, those with low genetic literacy had more entrenched views of racial essentialism, or the idea that different races have fixed attributes. However, those with more genetic knowledge were less likely to hold essentialist views of race. In short, reading simple color-coded charts is easy; properly interpreting results is harder.

“People who take ancestry tests without that knowledge take the results at face value and perhaps misinterpret them, attributing more meaning to them than the tests actually have,” Roth said in a telephone interview with The Times of Israel. “People who have a clear understanding of genetics are better able to put the results into context. They understand it doesn’t reflect the societal categories we use as race or ethnicity.”

The tests measure DNA across ones genome and apply that data to identify where one’s ancestors might have lived. They might also provide respondents with the names of individuals who are potential DNA matches and therefore possibly relatives.

The idea of racial essentialism, that genes dictate race, which in turn dictates a person’s intelligence, physical attributes, and skill sets, has an insidious history. It fueled the Holocaust, South African apartheid, the Rwandan genocide, and Jim Crow laws.

New York University sociologist Dr. Ann Morning, who is familiar with Roth’s work in this field, agreed the danger with these tests is that a lot of people interpret the findings as objective truth.

“I think these tests are the latest iteration of using science to back up our pre-existing ideas about race,” Morning said. “They are used the same way blood tests used to be used, or IQ tests or phrenology. The past is littered with all kinds of ways we’ve tried to use science to explain certain theories.”

…Although Roth was happy to find racial essentialism didn’t arise in most cases, she said testing companies must be more responsible in their marketing.

In her lectures and writings, Roth explains how one individual can be seen as a different race depending on where they live. For example, a person of mixed heritage might be seen as black in the US but will be seen as white in the Dominican Republic, she said.

Sociology is a soft pseudo-science very much influenced by the notions of Franz Boaz, a Jewish anthropologist who attempted to legitimate his subversive Marxist egalitarian theories on race under the guise of pseudo-scientific language and studies.

Roth performs the same kind of intellectually dishonest sleight of hand — using a mixed race individual to deconstruct the concept of race, reducing it to the banal concept of mere personal perception and social context.

Mixed race people, like all Jews themselves, do not belong to one race, and so they want all of us, especially White people, to believe that everyone is race mixed like themselves.

These DNA companies are largely owned or operated by Jews, and the whole purpose of the results is to convince you, especially if you are White, that you are, in fact, racially mixed — but don’t expect Roth to tell you that.

Jews are not White–despite their white-looking skin, they are decidedly mixed.

Do we really think Roth is worried that Blacks and Asians believe that their races are genetically determined?  Of course not.

She equates racial identity with genocide and racial segregation — so much so that the Jews invented the myth of the Holocaust to make race the ultimate social taboo.

Like most Jews, Roth is troubled that White people will have a racial awakening and realize who they really are — and who the Jews are not.

And that is why Jews are so intent on pathologizing any sense of White racial identity.